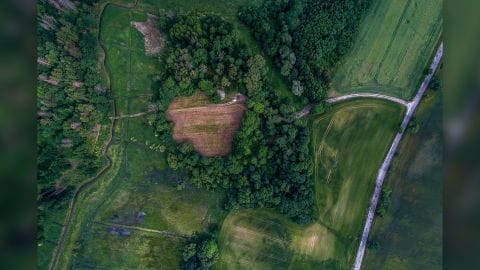 Archeologists from the Polish Academy of Sciences have found a mass grave from the Nazi killings at the end of World War II. The mass grave was found in Poland’s Death Valley.

The mass grave is estimated to have the remains of about 500 individuals and is related to the “Pomeranian Crime” that happened in Poland’s pre-war Pomerania province when the Nazis took over the country in 1939.

They killed up to 35,000 people in Pomerania at the beginning of the war, and they returned in 1945 to kill even more people, as well as to hide evidence of the prior massacres by exhuming and burning the bodies of victims. The Nazis gave Poland’s Death Valley such a name because so many were killed in the area. This valley is near the outskirts of the town of Chojnice, Live Science reported.

The Pomeranian Crime was the first large-scale killing of World War II in Poland. Historians said that the massacres were a prelude to the other killings of the Nazis, known as the Holocaust.

The archeologists who unearthed these remains concluded that this was one of the mass graves from the Nazi killings after examining archives, interviewing locals, and conducting extensive archeological surveys.

One of the witnesses recalled seeing around “600 Polish prisoners from Bydgoszcz, Toruń, Grudziad̨z, and neighboring villages, under the escort of the Gestapo, was taken to Death Valley during the second half of January 1945.” 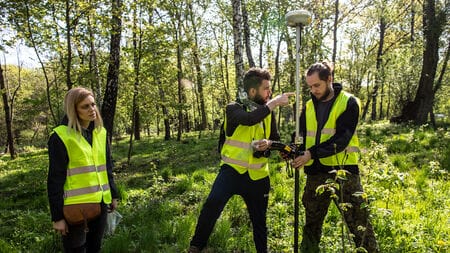 The latest discovery of a mass grave of presumably 500 individuals in the Death Valley is not the first to be unearthed. In 1945, exhumations in Death Valley resulted in unearthing the remains of 168 people.

Aside from the remains, the archeologists also found more than 4,250 artifacts from 1939 through 1945. The artifacts included bullets, shell casings, and charred wood. The team also found a gold wedding ring, and they found out that the owner was Irena Syzdlowska. She was a courier in the Polish Home Army, and her family was informed of the ring. The team plans to return the ring to them.

According to authorities, the remains will be identified soon, and their families will be notified. After analyzing the remains they unearthed, they will be reburied in Death Valley and convert the site to an official war cemetery.