In a statement, the police said that they discovered the body of the Instagram model at her home in the Cortland Apartments in the 5200 block of Pointe West Circle at approximately 4:30 p.m. on Sunday.

Along with Gagnier, the authorities also reportedly found the body of a man, which they identified as 34-year-old Kevin Alexander Accorto, with an address registered in Florida, Click 2 Houston reported.

Though the police were not clear about the relationship between the two, they believed that Accorto was related to Gagnier’s killing. They listed him as a suspect even though he was also found dead along with Gagnier.

However, they do not believe that there was a relationship between the suspect and the victim in the incident.

They also did not disclose the cause of death for both individuals, as the authorities are still waiting for the autopsy results from the Fort Bend County Medical Examiner.

At this point in the investigation, the incident is being considered a murder-suicide. The police have yet to identify the motive for the killing. 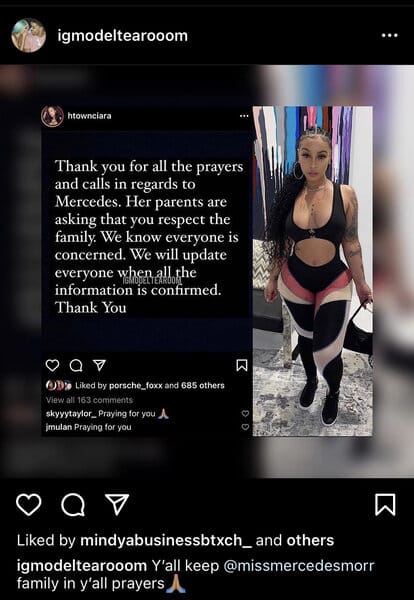 Meanwhile, Gagnier’s neighbors who learned about the incident expressed their concerns about the safety in the area.

Roderick Shaw, one of the neighbors said, “What I thought was safe it seems is not. We have so many rules and so many guidelines I would never expect someone to breach our security and someone be murdered on this property.”

Edna Swist, another one of the area’s residents, has expressed her shock.

“It’s safe over here, we have the gates, the fence, you have to have a code to get in, a code to get out, I’m just in shock,” she shared.