The House voted 220-212 to “deem” the framework approved in a parliamentary maneuver toward drafting Biden’s $3.5 trillion rebuilding plan this fall, USA Today reported.

The approval put the party’s domestic infrastructure agenda back on track and ended a possible risky stand-off against the Republicans who blasted it for the clauses related to higher taxes on corporations and people with incomes higher than $400,000, as well as the administration’s “wasteful” spending. 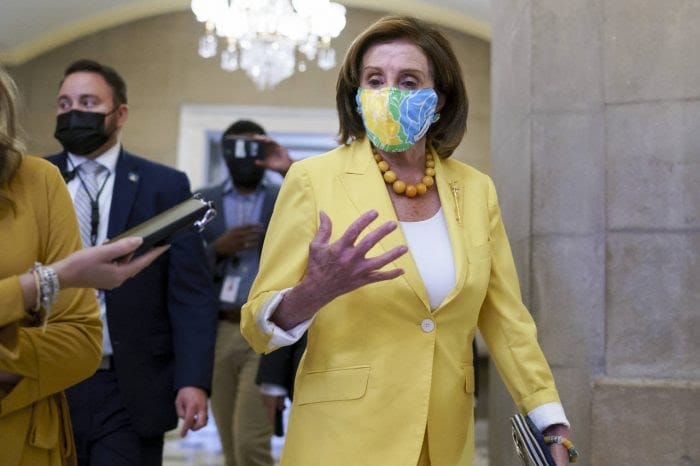 The approved budget outlines the spending goals for free pre-kindergarten and community college, paid family and sick leave, and a Medicare expansion for hearing, dental, and vision benefits. Regarding the provisions related to climate change, the framework set up a goal to generate the country’s electricity without increasing carbon dioxide emissions by 2035.

For the immigration programs, the framework details a pathway to lawful permanent residence for undocumented children, people who arrived from unsafe countries, and farmworkers.

Backed by the White House, House Speaker Nancy Pelosi, D-Calif., along with the lawmakers and leaders brokered the compromise. She committed to voting on the bipartisan package no later than Sept. 27, in an attempt to assure the lawmakers. This strategy signaled the power that a few voices have to alter the debate and avoided a separate vote on the budget which could have posed more challenges that could have divided the Democrats and upend the president’s agenda.

Pelosi compared the size and reach of the president’s priorities with the expansion of government programs under former Presidents Franklin Delano Roosevelt and Lyndon Banes Johnson.

“Passing this rule paves the way for building back better, which will forge legislative progress unseen in 50 years that will stand for generations along the New Deal and the Great Society,” Pelosi said. “This legislation will be the biggest and perhaps most controversial initiatives that any of us have ever undertaken in our official lives,” she added. On the other hand, Biden said that this vote is “a step closer to truly investing in the American people.”

“My goal is to build an economy from the bottom up, in the middle out, not just the top down,” the president said, adding: “That’s what we’re on our way to doing.”