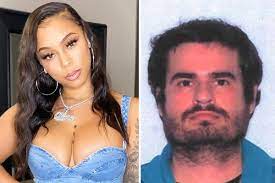 A famous Instagram model from Houston was found dead in a Richmond, Texas, apartment in what investigators believe may have been a murder-suicide. The incident took place Sunday afternoon at the Cortland Apartments located at 5200 Pointe West Circle.

The model, identified as 33-year-old Janae Gagnier, was found dead inside. She was also known as Miss Mercedes Morr on social media. Police said that a man, believed to be the suspect, was also found dead and was later identified as Kevin Alexandro Accorto, 34. They say that Accorto is believed to have killed himself, Heavy.com reported.

Police do not believe that there was a relationship between Gagnier and Accorto but details about the motive are still under investigation. 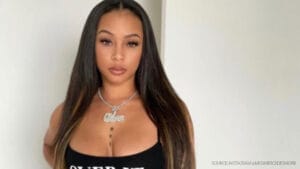 In a statement, Richmond Police said: “At this point in the investigation, it is not believed that there was a relationship between the suspect and the victim. At this point, this is being considered a murder/suicide and it is an ongoing investigation to determine a motive in the case.”

Gagnier’s family said that the suspect was a stalker. Gagnier’s sister, London, wrote on Instagram, “She wasn’t robbed. It was just a stalker from outta state who’d BEEN stalking her.” Gagnier had more than 2.6 million followers on Instagram and was also a famous content creator in OnlyFans.

Meanwhile, no information about Accordo was released except that he is from Florida.

The Fort Bend County Medical Examiner’s Office said that Gagnier’s cause of death was strangulation and the manner of her death was a homicide, while Accorto died by suicide due to multiple force trauma.

Neighbors in the apartment told ABC13 that the area was quiet and safe, and that robbery was unlikely.

“It would be kind of surprising to know that this was an intruder, someone that broke into the house because I wouldn’t think that would happen here,” said resident Field Ledford.

Friends and families outpoured their feelings and thoughts about Gagnier’s death through multiple Instagram posts.

Gagnier’s sister wrote on Instagram, “yesterday was the worst day of my life.. my heart is gone. My soul is gone. … We talk every day. I’m so happy we said we loved you. I’m so happy I got to see your face one last time. Jenae I’m f***** sorry. I hate this for you. I feel like I’m screaming every 10 mins. I got daddy & grandma Nae Nae. I feel you with me telling me you’re good. I hate everything right now.”

Also, Gagnier’s friend, who goes by HTownCiara on Instagram, responded to social media rumors, writing, “Listen Mercedes did not have a sugar daddy or a pimp. Never did. She was not robbed. She did not have HIV. She didn’t have COVID, she wasn’t in an accident. Yes she was murdered. When the investigation is complete the family will release more details.” HTownCiara added, “It’s crazy that we have to even post this but y’all getting outta line with these crazy disrespectful ass stories.”

Gagnier was followed by other famous rappers, models, and celebrities on social media including Megan Thee Stallion, Cardi B, Snoop Dogg, Meek Mill, and more.