China Is Building Missile Silos – But Why?
Advertisement 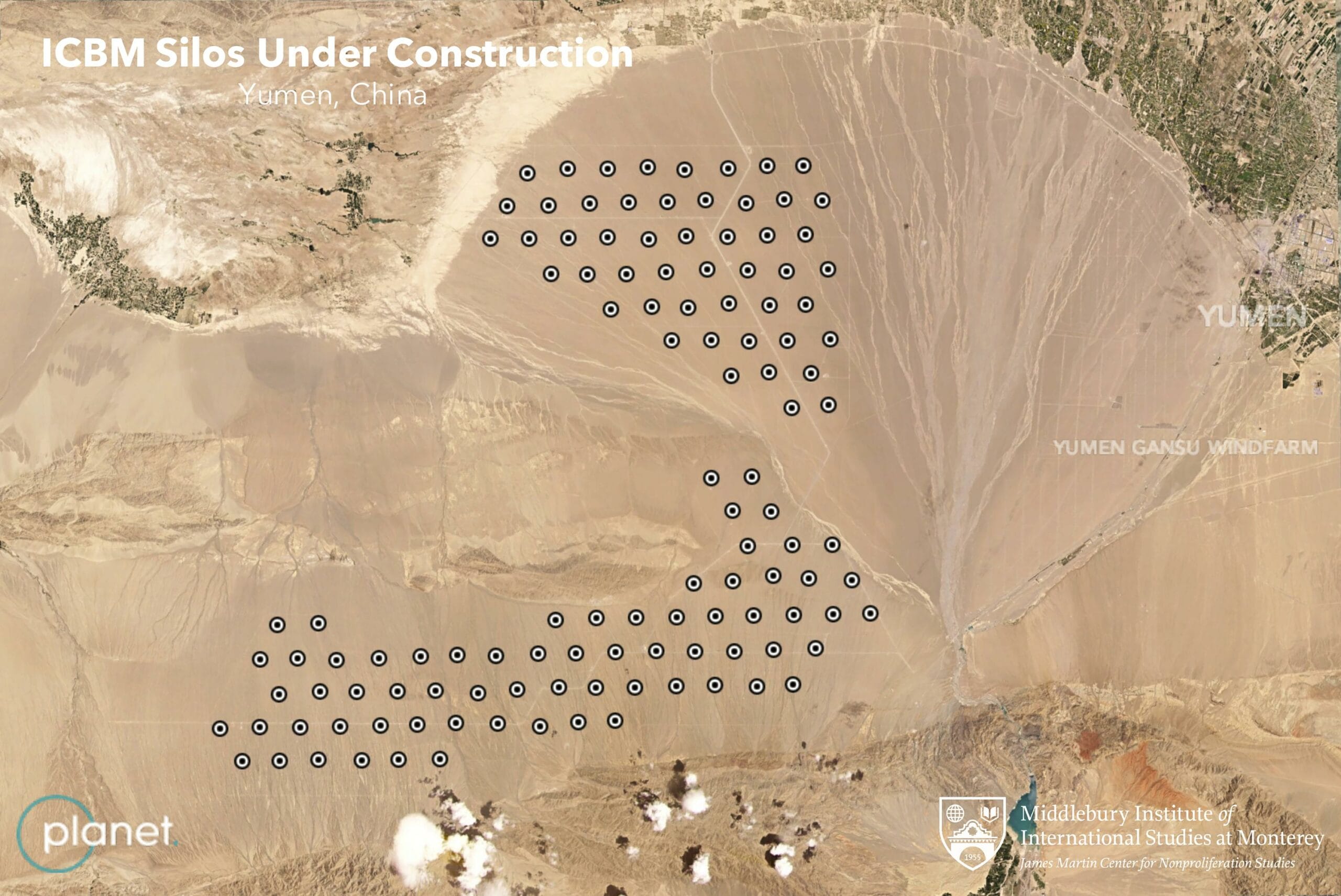 Satellite photos from China have shown an ongoing project in the country involving new fields of missile silos. These could be potentially used to launch nuclear weapons at China’s adversaries like the United States and India, a media report said.

According to the Indian Express, an Indian newspaper, the satellite images revealed that China is building at least three missile silo fields in Yumen, Hami, and Hanggin Banner. In Yumen, China is reportedly constructing around 120 missile silos, while in Hami, it is believed to be constructing 110 silos. For those found in Hanngin Banner, they are allegedly building 29 silos. This is not the first time missile silos were believed to be constructed in China because earlier this year, reports made rounds online saying that 16 missile silos were detected in the People’s Liberation Army Rocket Force’s (PLARF) Jilantai training area and in Inner Mongolia.

The silo fields in Yumen were found through the commercial satellite images obtained by researchers at the James Martin Center for Nonproliferation Studies in California, the report said. Those found in the Hami field were identified by nuclear experts at the Federation of American Scientists (FAS) using Planet Labs satellite images.

Researchers from China Aerospace Studies Institute in Washington, DC, made the Hanggin Banner field discovery. Before these recent discoveries and those found earlier this year, China only operated 20 missile silos for their DF-5 liquid-fuel intercontinental ballistic missile (ICBM).

As per Chinese political scientists, this could be China’s attempt to move towards a launch-on-warning (LOW) nuclear posture. LOW refers to a launch at an adversary on detection of an incoming missile before the adversary’s missile hits its target.

Another possible reason is for China to achieve its goal of increasing its nuclear warhead stockpile. The country has around 350 existing nuclear warheads, and 272 are assigned to operational forces. The remaining warheads are for China’s DF-41 solid-fuel road-mobile ICBM. 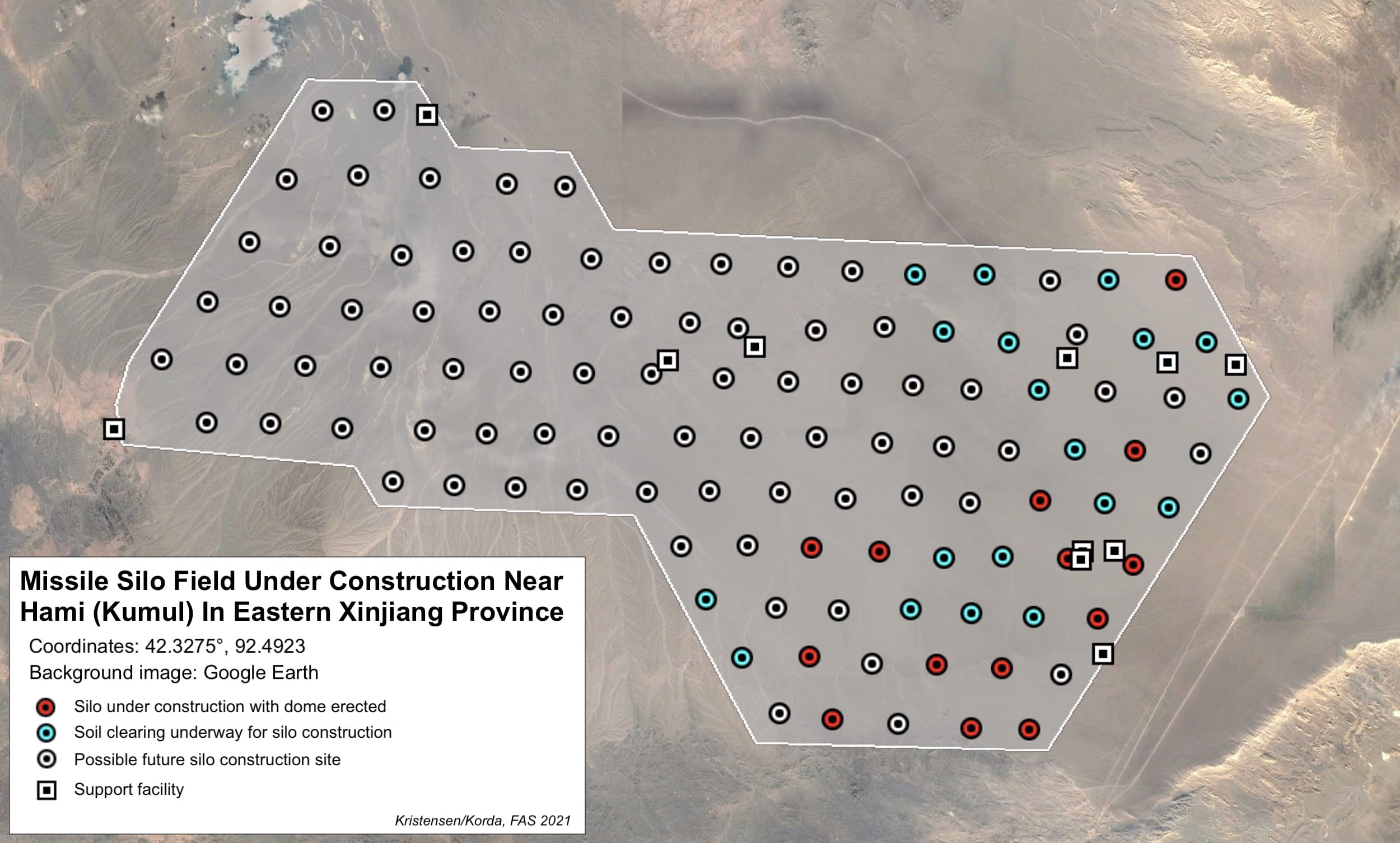 The last possible reason is China wants to use the silos as decoys. Chinese scholar Tong Zhao of the Nuclear Policy Program at the Carnegie Endowment for International Peace in Beijing has argued that China is currently worrying over the improvement in the U.S. missile defense systems, which could undermine China’s nuclear deterrence. He further claimed that during the National People’s Congress in March 2021, President Xi Jinping directed the military to accelerate the creation of advanced strategic deterrent capabilities. It is possible that these silos are empty, and the aggressor can target these fields resulting in wasting more warheads.

The Chinese Ministry of Foreign Affairs or the Ministry of National Defense did not react to the possible reasons for constructing the missile silos. Chinese media, however, claimed that these alleged missile silos are “wind farms.”