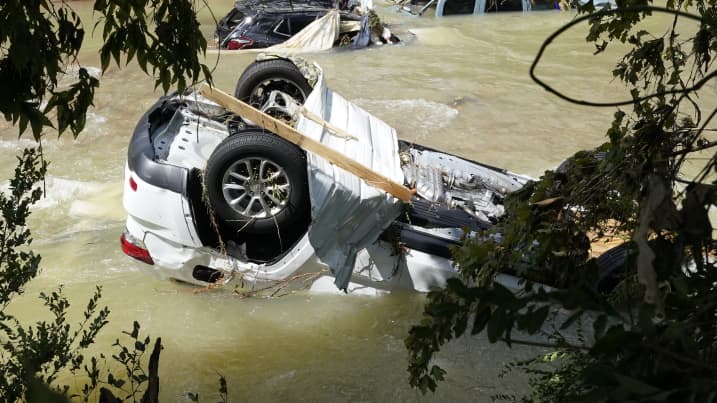 At least 22 people have been declared dead while dozens are still missing after a record-setting 17-inch of rain caused devastating floods that surged and swept away homes in Middle Tennessee on Saturday, the Humphreys County Sheriff’s Office said in a report. The casualties were a result of up to 17 inches (43 centimeters) of rain which fell in Humphreys County on Saturday, shattering the Tennessee record for one-day rainfall by more than 3 inches (8 centimeters), an advisory from the National Weather Service stated, according to CNBC.

The unprecedented rain resulted in flooding in the rural areas which took out roads, towers, and phone lines. This left the families no way to communicate, leaving them worried and uncertain of the condition of their loved ones, says Kristi Brown, a coordinator for health and safety supervisor with Humphreys County Schools.

According to the latest report from Humphreys County Sheriff Chris Davis, 22 fatalities have been confirmed in his county. He also said that their dead’s names, along with those of the missing ones, were posted on a board in the county’s emergency center. They are also listed on a city department’s Facebook page. 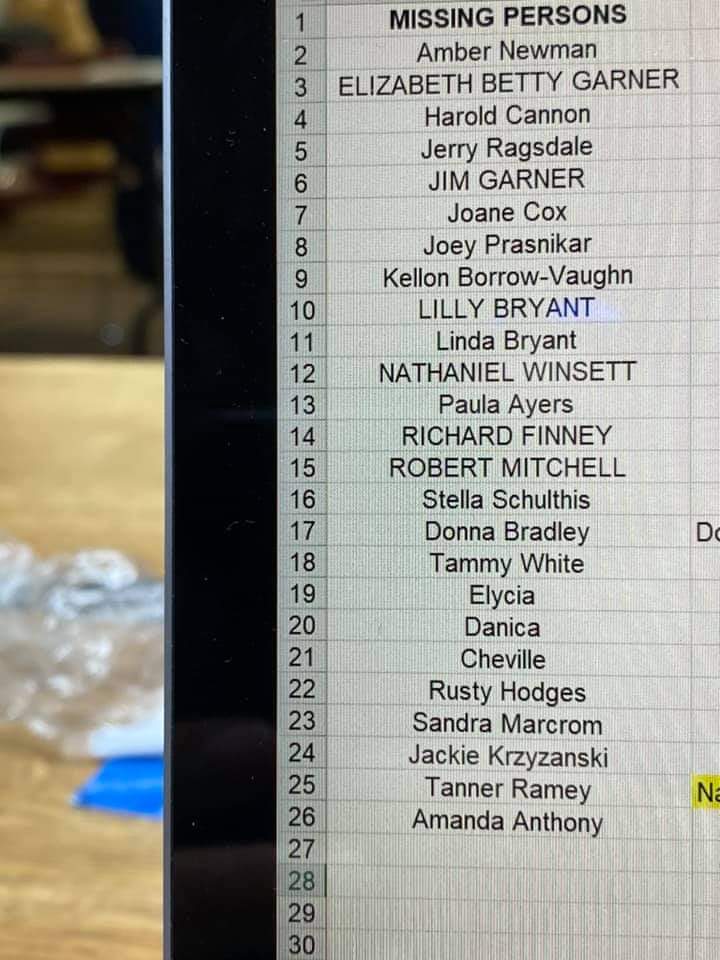 Tennessee Emergency Management Director Patrick Sheehan was not very optimistic about the missing people, as he said that they may be looking at mostly recovery instead of rescue efforts, given the high number of fatalities that they have seen.

“I would expect, given the number of fatalities, that we’re going to see mostly recovery efforts at this point rather than rescue efforts,” he said.

According to reports most of those listed as missing were from the neighborhood where the water rose the fastest.

Tennessee Governor Bill Lee also toured the area, describing the sight as a “devastating picture of loss and heartache.” He stopped on Main Street in Waverly where he saw some homes washed off their foundations and people were sifting through their water-logged possessions. The county was also littered with debris from wrecked cars, demolished businesses and homes.

During the tour, Lee met Shirley Foster, who cried for the loss of one of her friends from her church. She said, “I thought I was over the shock of all this. I’m just torn up over my friend. My house is nothing, but my friend is gone.”

The county is also calling the public for help regarding the list. 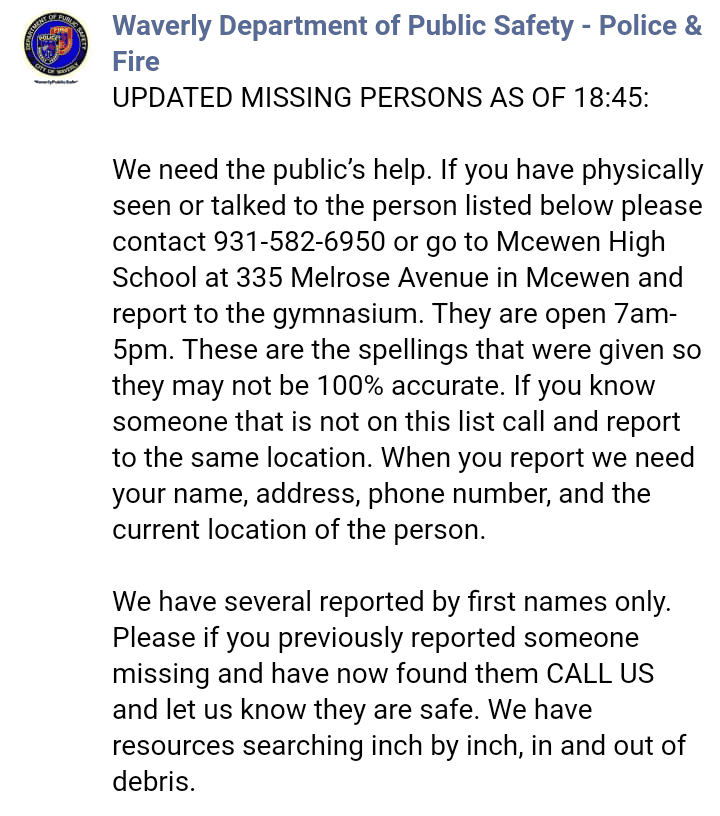