A teenager is on the run after fatally shooting his 21-year-old brother Sunday, Houston police said.

Houston Police District announced that Gregory Johnson is on the run after fatally shooting his brother, Demarion McKeever, at an apartment complex located at 4250 West 34th Street about 11.15 a.m. on Aug. 22, Click 2 Houston reported. 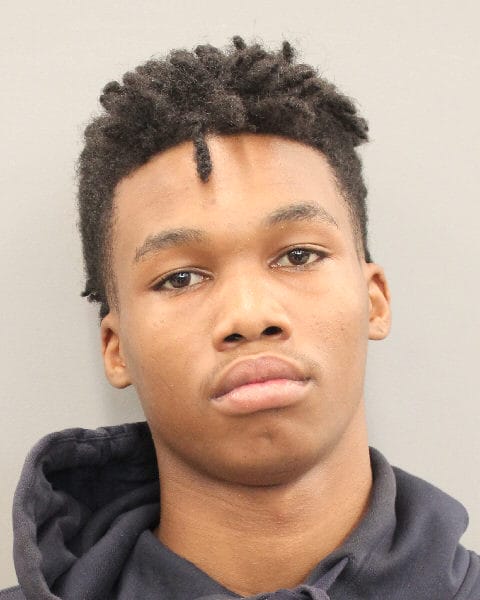 According to the HPD Homicide Division Sergeant M. Holbrook and Detective N. Sharp, responding officers found McKeever who had died from a gunshot wound.

Reports claimed that the two brothers had a dispute which ended up in the fatal shooting, before Johnson fled on foot.  Some family members and a few witnesses attested that Johnson had fired and shot McKeever before he fled the scene.

As of press time, Johnson remains on the run, while the authorities had filed murder charges against him at the 337th State District Court. 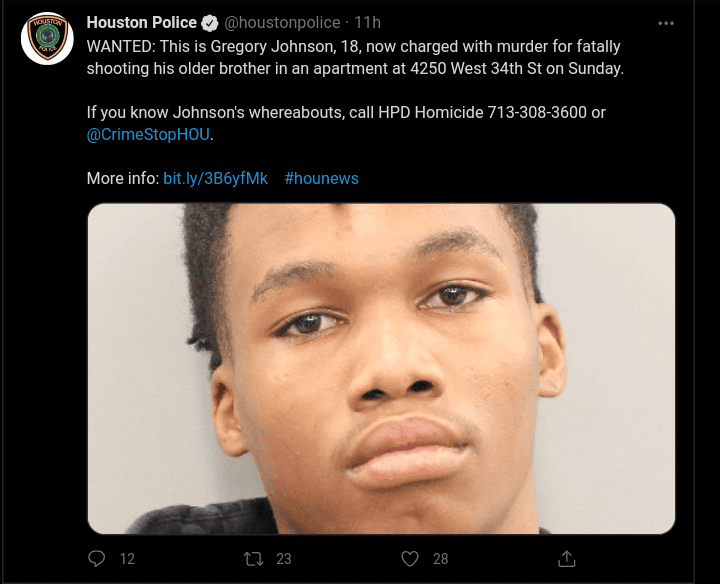 The Houston Police Department on its Twitter handle posted an advisory urging everyone with information on the suspect to come forward and help.

The post read: “WANTED: This is Gregory Johnson, 18, now charged with murder for fatally shooting his older brother in an apartment at 4250 West 34th St on Sunday. If you know Johnson’s whereabouts, call HPD Homicide 713-308-3600…” The authorities are asking everyone with information about Johnson’s whereabouts to contact the HPD Homicide Division at 713-308-3600 or Crime Stoppers at 713-222-8477.

Many netizens expressed their sentiments towards Johnson. One user said: “It was probably just a big misunderstanding. A sibling rivalry is not all that unusual. Maybe the gun just went off.”

Another stated: “This kid will never be the same.”

There were many who poked fun at the apparent “sibling rivalry” which seems commonplace in every family.

“His mamma taught him well! If you don’t like what they say, just choot em!” one user wrote, while another said: “Mom! He’s looking at me! He’s touching me! He’s sticking his tongue at me! For the last time, you boys behave! Demarion, you stick your tongue out one more…. Pow, pow, pow, pow!”