What is a blue alert in Texas?
Advertisement

Looking For A Job? Amazon Is Hiring 11, 000 Workers In North Texas: Here’s How You Can Get The Job

The Wise County Sheriff’s Office has broadened its investigation for an accused in link with a shootout that wounded a law enforcement officer to the entire state of Texas.

Authorities have authorized a Blue Alert for Royce Wood, 43, of Azle, who is wanted for shooting a Rhome Police Department officer in the leg throughout a traffic stop around 8 p.m. Sunday near Highway 287 and FM 407, according to law enforcement agencies.

Wood and a woman on a motorcycle were pulled over after authorities saw them and said they matched the description of people wanted in a Saturday home invasion, according to Wise County Sheriff Lane Akin. Wood, the motorcycle’s driver, got off and fired “a couple shots,” according to Akin.

The officer was taken to a hospital in Forth Worth and was said to be in stable condition at the time of the last check. 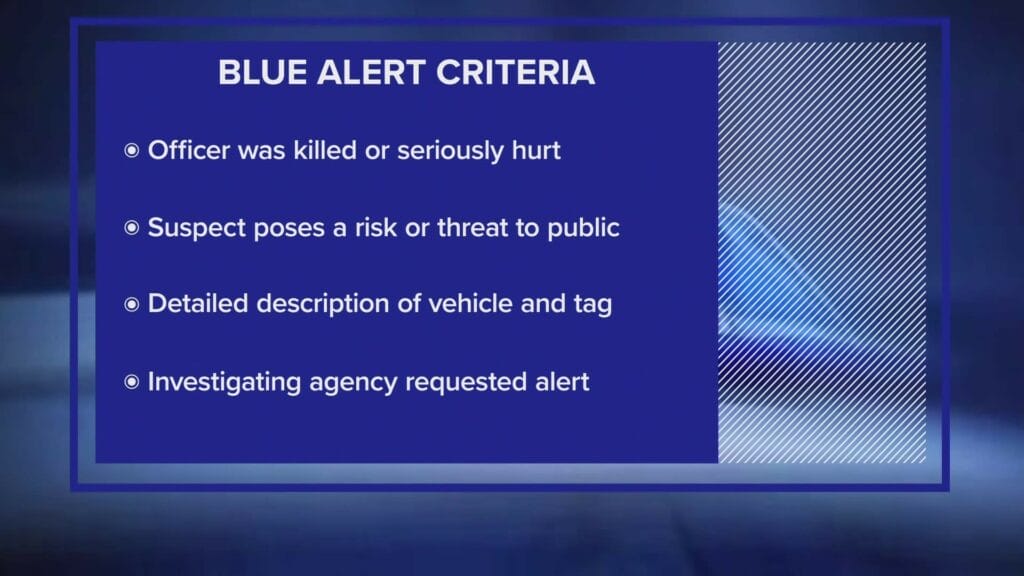 Wood ran away on foot from the crime scene, while the woman was apprehended on the spot.
According to police, Wood is a 43-year-old White-skinned man, 200 pounds, and 6’2″ tall, bald, green eyes. Last time, he was seen wearing a camouflage bandanna on his baseball cap, black sunglasses, a vest, and green shorts.

The WCSO posted these photos and a flyer to its Facebook page, and they increased the reward money for tips leading to an arrest from $5,000 to $6,000. Wood is considered armed and dangerous, so call 911 right away if you see him.

What is a Blue Alert, and what does it mean?

According to the Texas Department of Public Safety, the Blue Alert program is used to notify the public about people accused of killing or seriously injuring police officers or other members of law enforcement in order to apprehend the suspect as soon as possible.

In 2009, former Texas Governor Rick Perry signed an executive order establishing the program, which includes sending emergency messages to cell phones and other devices with relevant information about the suspect in order to facilitate tips and leads.

The following are the criteria that DPS uses to issue alerts:

At 10:18 p.m., Texas DPS issued an alert about Wood to cell phones, the @TX Alerts Twitter account, and email. To sign up for alert emails, go to the DPS website and fill out the form.
You can turn on and off emergency alerts in your phone’s settings.