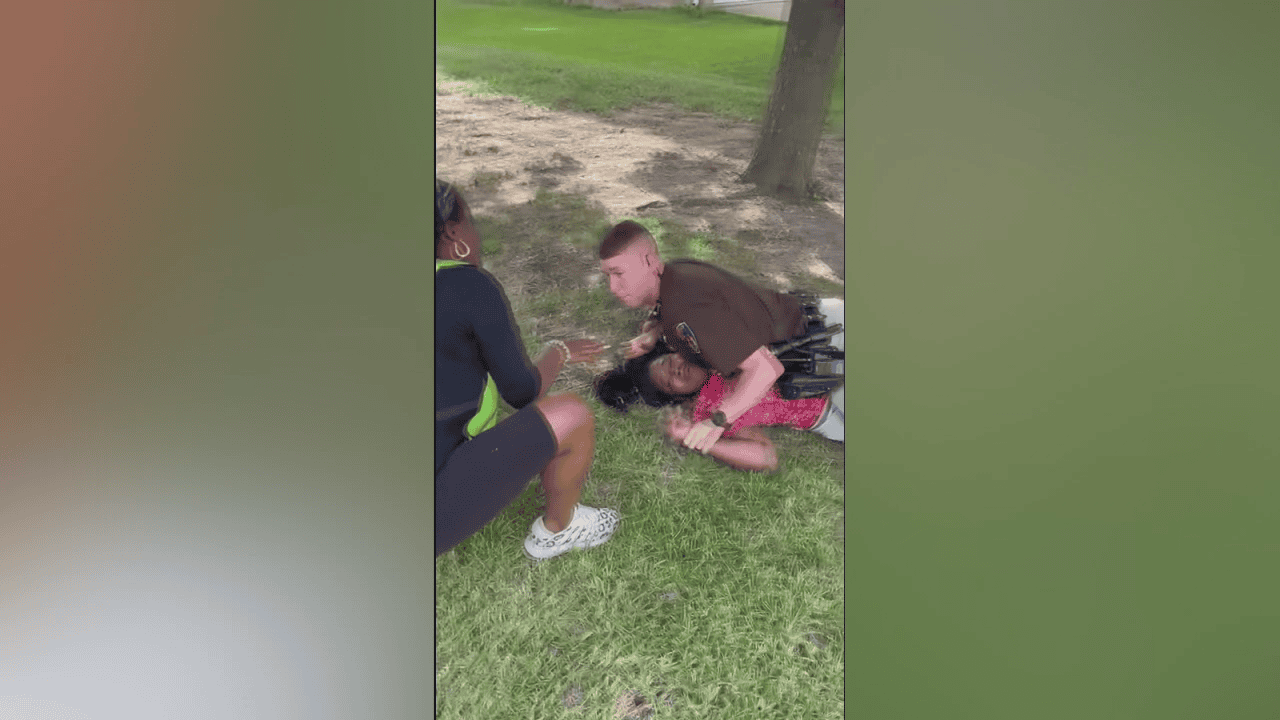 It took a viral video to sanction a white police officer who was caught on cam laying on top of a Black American girl vomiting and crying for help for a grueling seven long minutes.

The aggrieved party identified as Nekia Trigg, a resident of Forney, Texas, was supposedly the subject of a complaint about reports that the 18-year old Black American was jumping in front of cars in traffic.

However, instead of arresting the suspect, a police officer who was later identified as Kaufman County Deputy Conner Martin, was caught on cam laying on top of Trigg in front of witnesses who were screaming at the manner the cop was dealing with the situation.

An obviously pissed-off Antanique Ray, the mother of the 18-year old subject, said that the responding police officer went beyond his call and said: “You don’t have to ever hit her, okay? She will stay down.”

However, Martin defended his act and went on to make his own version of what happened. The police officer claimed that he had to neutralize Trigg whom he claimed even told him to back off.

The viral video however does not seem to say so as Martin was overheard telling the teenager’s mom: “You need to back up. You need to back up.” Then Ray was seen lightly touching Martin’s hand, which was then gripping her daughter’s wrist. Martin starts screaming, “Do not touch me! Back up! Back up!”

It was then that Ray was heard as telling the apprehending police officer to “just calm down,” but Martin was already laying his back down on top of Trigg. Despite Ray’s efforts to get Ray off her daughter’s back, the police officer pushed harder, pinning Trigg’s wrist to the ground. 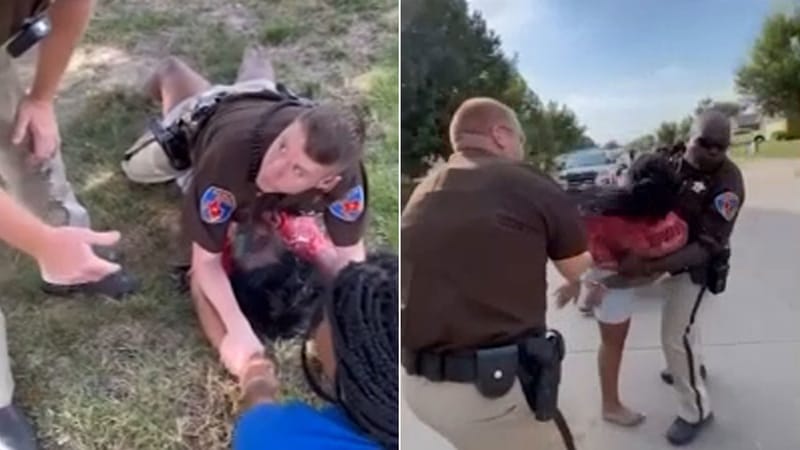 Also overheard in the seven-minute video was a voice that said: “Just calm down. It’s 102 degrees out here.”

But still, Martin wouldn’t get off Trigg’s back, for which she then started vomiting and cried  for help — “I can’t breathe.” The camera in the focus of the incident then zooms at Trigg who was seen gasping for air.

It was only then that Martin and another officer told Trigg to roll over, and had her hands cuffed.

A hysterical Ray then yelled at Martin and said: “I need your f*cking badge number and your name.” She also claimed that Martin’s body camera was dangling from his shirt which prevented him from recording what he did to Trigg.

After Trigg then was taken to a patrol car, Martin was again seen tackling Ray to the ground in the middle of the street and had her arrested too. With her hands cuffed, Ray told the police officer: “All I did was ask you to loosen the handcuffs on her.”

The person taking the video said, “You got seven police out here, for three little Black girls.” Ray has been released after posting bail for charges of assault of a public servant and interference with public duties, that were filed against her.

The police took Trigg to a hospital for a mental health evaluation. “Nekia was simply walking home and somebody called the police & said she was trying to jump in front of cars,” the woman who posted the video on Instagram wrote in her post.

Trigg’s cousin, Teronica Williams, said: “Me and our other family members are hurt this happened to her because we know what type of person she is.”

“It takes one person to watch this video and devalue both her and Kia’s character and have the world thinking they deserve this and that—and that’s not fair,” she added.

Williams insisted that Trigg was arrested for no reason at all since there’s not much traffic to interfere within the neighborhood where Trigg was arrested. “Kids are literally always outside in the street riding bikes, playing basketball, etc,” she further averred.

Rattled at the number of calls they’ve been receiving from people who have seen the viral video, the Kaufman Sheriff’s Office said that they are already investigating Martin, who has been placed on administrative leave pending the results of the probe.