A woman was kicked out and banned from American Airlines after an incident at the Dallas-Fortworth International Airport. The woman reportedly became disrespectful, mistreated an airline employee, and refused to follow health protocols.

The woman was not identified. However, a video of the interaction between the woman and a gate agent was posted on Twitter. In the video, the gate agent told her she could no longer fly with them because of how she acted and mistreat the other airline employee.

The woman reportedly became disrespectful when she was told to use an “approved mask.” The woman was wearing a mask that was designed for fashion and not for health and safety. The mask that she had on was a cloth mask and had holes in them. The airline employee asked her to wear the approved mask that the airlines even supplied. She did use the mask, but minutes after, she switched back to her cloth mask.

Something else went down that was off-cam, but witnesses say she had an argument with the airline employee. When talking with the gate agent, the latter told her, “You called my employee a b****, completely uncalled for…inappropriate… you’re not going to travel. We don’t tolerate that crap with us at all, so you can find another carrier to fly; I’d suggest Spirit.” He was also heard saying, “If you don’t follow our policy, that’s period, end of discussion. If you don’t want to follow a federal mask mandate and then on top of that calling vulgar names to my employee, it’s not gonna happen.”

The woman tried to explain her side and denied calling the other employee such a name. However, the gate agent was set and did not let the woman explain further. 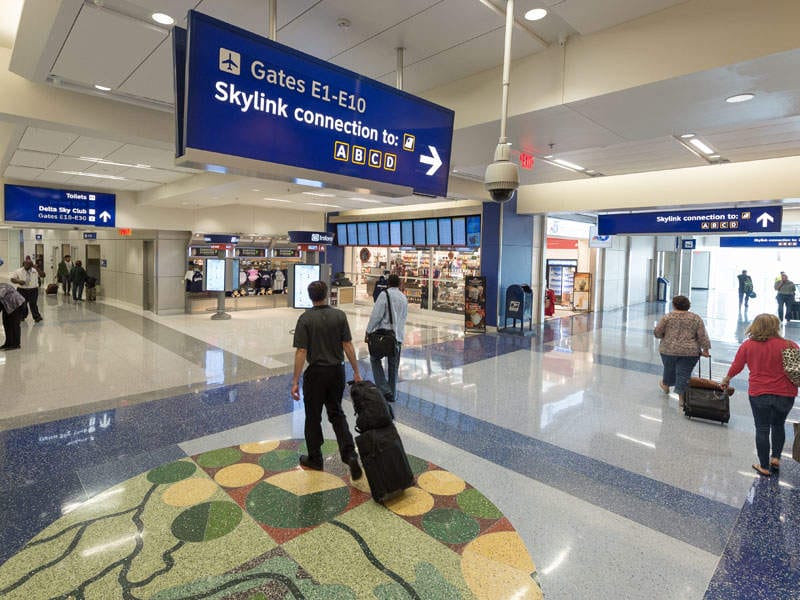 Many applauded the gate agent for standing his ground and not letting anyone on the plane unwilling to comply with the health and safety protocols.