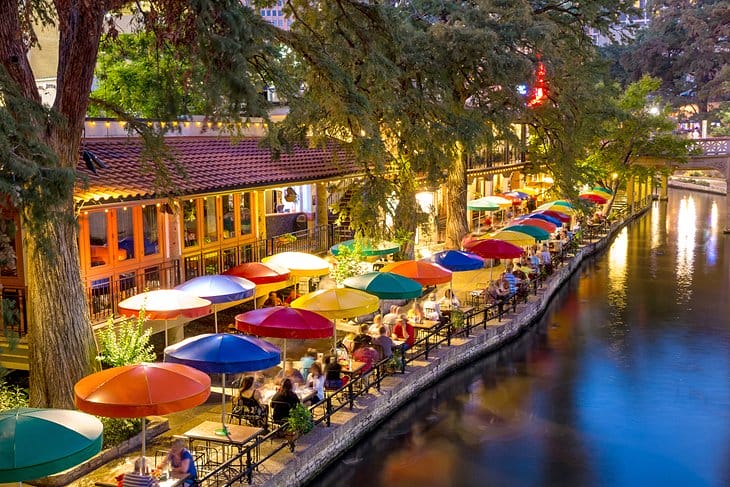 Best places in texas to visit: Are you tired from the daily routine of your life? Also, are you looking to go for a long or short trip to Texas? Here is a detailed guideline for you, the top 10 Texas places to visit.

There are lots to see and do whether you’re interested in the classic Texan experience or the more modern side of the state.

Go to Houston to marvel at the Space Centre, pass by Marfa to see the astonishing modern art shown at the Chinese Foundation, or visit one of the country’s lovely parks or reserves. Here’s the thing about discovered the best places to visit in Texas, the more worth visiting you will find. The more worth a trip.

Where can I go on a mini-vacation in Texas?

There are many best places to visit in Texas. Everyone de-stresses in their own distinctive manner. Some people go on day vacations to connect with the natural world, exploring waterfalls, caves, secluded beaches, or sanctuaries.

Whereas, others appreciate the history and culture found in Texas museums or the various little settlements in present there.

Many families prefer to visit the amusement or theme parks, adventure parks, and water parks along with their children, while some like to go just by themselves and test themselves or discover new stuff and try adventure sports.

Texas provides everything, with all of its size, diversity, and unique heritage. So for a mini-vacation in Texas, you may consider the following top 5 spots:

Fredericksburg – Fredericksburg is a town in Texas that was discovered by a group of German settlers in 1846. The Vereins Kirche, situated in the town square, Marktplatz, is a replica of the 19th-century ancient German church that formerly existed there.

The town, particularly its Historic District, has a distinct German flair, which can be seen in its construction, cuisine, and festivities. The Pioneer Museum, which houses settlers’ homesteads and antiques, is the greatest venue to know about the city’s German origins.

Galveston – This Island is just a long, narrow island off the coast of Texas, approximately 50 miles from Houston. The city of Galveston comprises the entire island, with the exception of Jamaica Beach. Galveston Island is a historic coastal town that has long been a favorite vacation spot for Texans.

New Braunfels – New Braunfels, situated in the Texas Hill Country between San Antonio and Austin, is a quaint little town founded in 1845 by a group of German settlers.

New Braunfels retains a distinctly Old World character that is well-matched with the small-town Texas charm. The Gruene Historic District, which includes historic buildings such as Gruene Hall from the 1800s, is a treasure to discover.

The park stretches over 1,500 acres and is home to enormous tracks that have been beautifully preserved in old limestone, indicating their existence. Dinosaurs used to wander around that seashore, leaving foot impressions in the sand.

Those footprints have become extraordinarily clear fossilized stone tracks after millions of years. The park is particularly popular with children, who enjoy looking for dinosaur remains.

Enchanted Rock – Enchanted Rock is a pink granite peak in Fredericksburg, Texas, about 17 miles away. It’s not unexpected that the Tonkawa Native Americans and early Spanish and Anglo settlers attributed supernatural powers to such an unusual and magnificent natural creation.

The rock’s odd tint isn’t the only thing that makes it mysterious. On a cool night after a hot day, Enchanted Rock emits weird creaking noises. There are also numerous little pools in the rock depressions, each containing a population of tiny shrimp.

What is the prettiest place in Texas?

Texas has a plethora of attractive cities that demand to be visited, owing to its magnificent natural beauty and rich culture.

Whereas the state’s major cities get plenty of attention, there are indeed a few overlooked towns that provide everything including peaceful coastlines to spectacular waterfalls, as well as a plethora of gorgeous mountains, gorges, streams, and lagoons. Here are the top 5 Texas’ prettiest places:

Jefferson – It is located in the heart of Texas’ Piney Woods region, is the ideal place to relax and unwind. Tourists may explore over 70 historical sites in Jefferson, ranging from well-preserved mansions to famous museums.

Since life goes a little slower here than in the major metropolis, it is really easy to appreciate the region’s lovely outdoor spaces.

Canyon – Canyon is a Panhandle town in Texas recognized as the entrance to Palo Duro Canyon State Park. It is totally different from the other town in Texas. Palo Duro is regarded as Texas’ “Grand Canyon” for its mountaineering, biking, and horse riding opportunities, as well as delightful outdoor activities.

Wimberley – This place is among Texas’ most attractive communities, with small-town charm and stunning scenery. The city is approximately an hour outside of Austin, near the confluence of the Cypress Creek and the Blanco River.

The community of Wimberley is known for its natural attractions, which include the Blue Hole Regional Park and Old Baldy Mountain. Exploring the local artwork in the local galleries, boutiques, and performing arts venues is definitely a suggested pastime in Wimberley, which has long been a haven for imaginative folks.

Port Isabel – It has been one of Texas’ oldest settlements, featuring the state’s only town square and a lighthouse. It is indeed a fantastic family-friendly vacation spot.

For historical enthusiasts, the Port Isabel Historic Museum, the Treasures of the Gulf Museum, and the 1852 Port Isabel Lighthouse are excellent places to start. Visit the lighthouse for a spectacular and panoramic view of Port Isabel.

Rockport Beach – Rockport, famous for its stunning sunsets, is a coastal retreat away from the crowds. The scene is laid-back and pleasant, with pedestrian-friendly streets, alluring waterways, and delicious seafood.

Rockport Beach is a lengthy crescent of sand with quiet shallows, while Goose Island State Park is a great place to go fishing. Visitors would be remiss not to visit the area’s beautiful local galleries and stores, which are emerging as an art community.

What are good weekend getaways in Texas?

The top 3 weekend getaways in Texas are as follows:

Amarillo and Palo Duro Canyon- Although Amarillo is located in West Texas, it is well worth the trip if you appreciate wildlife, gorgeous scenery, and a quirky atmosphere.

Palo Duro Canyon’s hiking and bike paths, as well as its rock formations, make you reconsider your perceptions about Texas and provide superb outdoor activities. Cadillac Ranch, a famous Route 66 roadside attraction, is also on the outskirts of town and offers a unique spectacle worth a photo stop.

Wineries in Texas’ Hill Country – The beautiful Texas Hill Country seems to be an ideal weekend getaway from Austin. From Austin to Fredericksburg from Lampasas to New Braunfels, the region is home to a plethora of wonderful wineries to visit.

You’ll appreciate Big Bend if you don’t like how busy the national parks in the United States have become in recent years. This is one of America’s most distant and underrated parks, which means that many people seem to be missing out.

1. San Antonio’s River Walk – The River Walk extends through the center of the city of San Antonio, passing by various parks, historical institutions, as well as other notable attractions.

This pedestrian-friendly and bike-friendly waterway is renowned among adventure lovers and is a must-see for any San Antonio tourist. It is surrounded by stores, cafés, pubs, and restaurants, and is actually the largest urban ecological restoration in the United States.

2. The Alamo – The Alamo was a historic 18th-century Franciscan mission in San Antonio, Texas, United States, that was the location of a historic resistance effort by a small group of dedicated warriors for Texas independence from Mexico (1836).

The structure was once the chapel of the Franciscan Mission San Antonio de Valero, which was discovered between 1716 and 1718. The institution had been abandoned by the turn of the century, and the structures had fallen into disrepair. After 1801 the chapel was occupied by Spanish forces on a sporadic basis.

4. Big Bend National Park – Big Bend, formerly a wild and unattractive location accessible only by miles of dirt roads, has grown to become one of Texas’ greatest prominent tourist destinations, with over 450,000 tourists each year.

It’s a secure haven for over 380 bird species and a safe breeding ground for the Kemp’s ridley sea turtle. It has a long and illustrious history, which includes the 1554 Spanish shipwrecks.

The interior of the capitol dome, which features a single star at the top, is a sight to behold. Take a walk around the grounds to admire the fountains, aged trees, and statues of important Texas figures.

The capitol premises also provide a fantastic perspective of both downtown and the University of Texas to the south and north. A vacation to Austin would not be complete without a stop at this Texas landmark.

The museum documents the events of the assassination through historic videos, images, material objects, and displays. The museum explores life, times, death, and subsequent government investigations.

9. The Fort Worth Stockyards – The Stockyards National Historic District, once home to cowboys, cattle farmers, and outlaws, is now one of Texas’ most famous tourist destinations. Tourists go to the Stockyards at all hours of the day and night to experience the authentic American West.

Start your adventure on Exchange Avenue, where heritage buildings, cafes, stores, saloons, as well as other amenities like the weathered brick streets.

During construction, word came that the USS Lexington had been lost in the Battle of the Coral Sea, thus the ship was renamed, Cabot. The USS Lexington is open for tours and special activities seven days a week, all year. These are the best  Texas places to visit.

So, here is the list of some best places to visit in Texas tourist attractions in Texas: