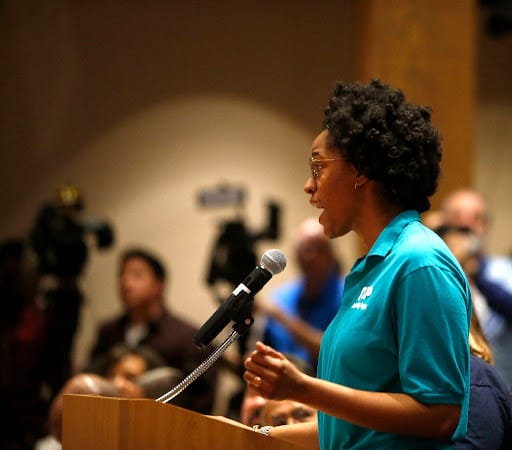 For one, activist Brianna Brown finds the election overhaul bills being pushed by the Republicans as seriously threatening their voting rights.

According to Miss Brown, who is also an executive director of a state-based advocacy group Texas Organizing Project, the ruckus between the Republicans and Democrats for the House of Representatives are not in any way doing any good, even as she hinted at the divisiveness among members of the legislative chamber.

Brown, who admits being an African American fourth-generation Texan, said that the collision between the Republicans and Democrats over the GOP-led election overhaul bills has caused apprehension that their struggle may just be compromised because of political bickerings.

Brown is particularly apprehensive over the drama that saw at least 58 Democrats leave Austin in an effort to cripple the legislative body from passing House Bill 3 and Senate Bill 1, providing amendments to Texas’ voting system. Among the salient provisions include the ban on drive-thru and 24 hour voting options and further restrictions on the state’s voting-by-mail rules.

She explained that the legislative bills that the Republicans are pushing will make it even harder for them to vote, further inducing difficulties in a state which she claimed is already making life among the Black Americans quite a challenge.

In what seemed to be a personal display of her emotions, Brown recalls how her elders would regard her vote — “no longer conditional on the poll tax,” in the wake of armed but unlicensed men suppressing dissenters in peaceful protests.

“That was my grandmother! To say that people fought and died for our right to vote – that’s personal for me,” an emotional Miss Brown averred.

Another pending legislative bill that she’s worried embarks on transforming ordinary citizens into anti-abortion bounty hunters, by offering a $10,000 reward to anyone would win a case in court for a case filed against a fellow Texan who is just trying to help a woman seek an abortion beyond six weeks of pregnancy.

“It is chilling that this is happening,” she said.

An activist that Miss Brown is, she likewise expressed concern over for the transgender men, women and children, whom she said have been at the receiving end of the brunt of a state where more anti-LGBTQ+  measures has become more of a state policy.

“This is an assault on people who are on the margins,” added Brown in reference to the Republicans dominating the state.

As if these issues are not enough, Brown further lamented on Republic Governor Abbott’s order to all state agencies to block Biden’s efforts to combat climate change and that of a new law imposing penalties to Texas City over budget cuts on police allocations.

She also felt bad over the $1,000 fine for requiring protective masks in public schools and the law allowing Texans to carry handguns even without a permit.