In what appears to be an earnest effort to strike a balance between Republicans and Democrats, members of the Senate have opted to pass a $2.1 billion budget allocation that would pay for increased Capitol security and help refugees following the withdrawal of American troops from Afghanistan.

According to Senate Appropriations Committee Chairman Patrick Leahy, a Vermont Democrat, the approved version included clauses fervently pushed by both the Republican and Democratic legislators.

“On this specific issue, we got what the country needed,” Leahy said weeks of brewing plenary debates that saw the Republicans lodging opposition over adding in funding for Afghan refugees.

Relatedly, the approved bill embarks on some $1 billion fund designed to effect significant improvements in the Capitol security in view of the January 6 riots that saw a mob momentarily seize control of the Capitol while both chambers were in session certifying the results of the 2020 election.

Of the $2.1 billion budget allocation that was approved for spending, $1.1 billion is earmarked to assist Afghan refugees who fled the country after the withdrawal of the U.S. troops. 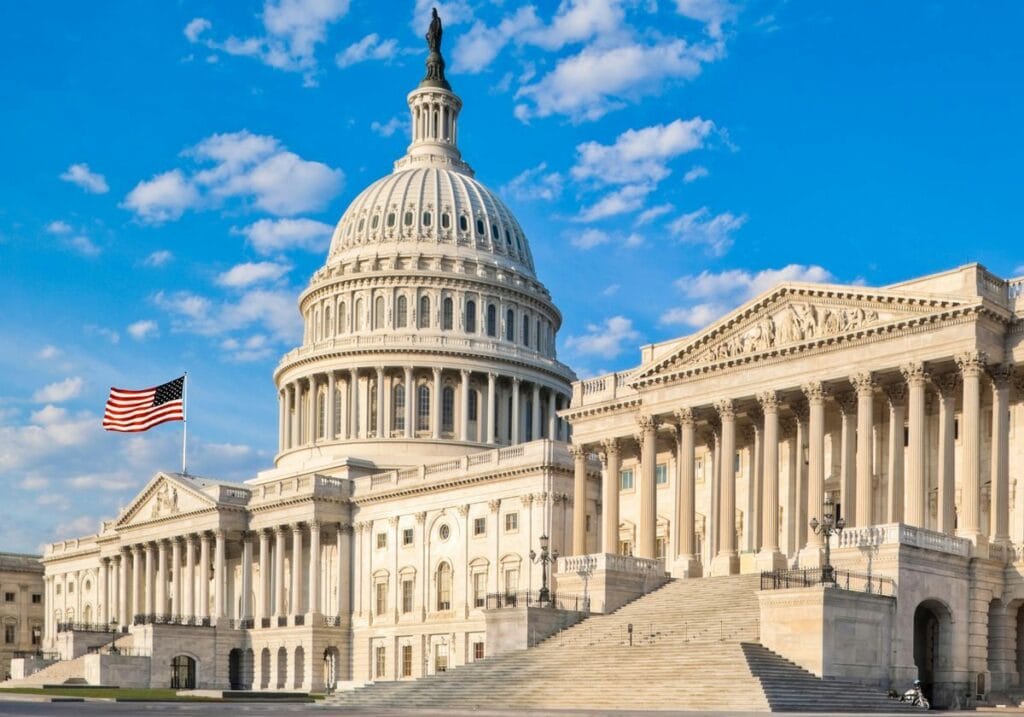 US Senate/Credit: The Scientist Magazine

Another $42 million in COVID-19 mitigation funding for the Capitol complex also forms part of the approved spending. For his part, Senate Majority Leader Chuck Schumer, a New York Democrat, called the measure “a good compromise.”

However, the approved Senate bill will have to wait for the House of Representatives to approve its version before becoming law, said California Democrat and concurrent Speaker Nancy Pelosi, who hinted at transmitting the bill as soon as it cleared the Senate. “As soon as they finish, we’ll take it up,” Pelosi noted.

As this happened, the House reportedly passed its own version of a Capitol security bill via the slimmest margin — just one vote.

Meanwhile, House Democrats deplored the approved Senate version for removing provisions for Capitol staff who were hurt during the January 6 Capitol riot. Progressive Caucus Chairwoman Pramila Jayapal, of Washington, said: “I think we’ve got to make sure that some pieces are in there so that the people who work in this building that experienced so much trauma are actually able to get compensated for that work,” she added.