The Trump Organization and its chief financial officer, Allen Weisselberg, were indicted by a grand jury in New York as part of a years-long tax-crime probe, according to The New York Times.

The charges are not totally evident 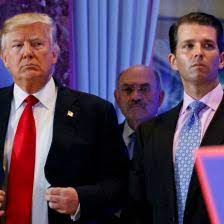 The charges’ entire scope was not immediately evident, said the report. After Weisselberg and attorneys for the Trump Organization appear in court on Thursday, the indictments are expected to be unsealed, The Wall Street Journal reported. The Manhattan district attorney’s office did not respond to a request for comment.

According to the Associated Press, the charges against CFO Allen Weisselberg include enjoying company benefits such as apartments, cars, and school tuition without paying the proper taxes.

For months, investigators tried to persuade Weisselberg to cooperate as a cooperating witness, but he refused.

Calamaris’ attorney, Nicholas Gravante Jr., told Insider that he did not expect charges against his clients this week.

“Although the DA’s investigation obviously is ongoing, I do not expect charges to be filed against either of my clients at this time,” he said Wednesday.

The investigation got underway in earnest in February, when the Supreme Court granted prosecutors access to eight years of Trump’s tax returns. Prosecutors zeroed down on Weisselberg early this year, and Jennifer, his former daughter-in-law, agreed to cooperate.

Jennifer Weisselberg told Insider that she had given investigators boxes of records from her tumultuous divorce from her husband, also a Trump Organization employee, Barry Weisselberg. They provided proof of the pair enjoying Trump Organization fringe perks, such as housing and tuition money for their children, without properly paying taxes on them, she claimed.

“We are very gratified to hear the reporting that the DA’s office is considering bringing criminal charges,” Levin said. “We had been working with them and other investigators since late last year and have provided investigators with a mountain of evidence about not only fringe benefits but also other potential tax issues.”

Barbara Res, a former executive at the corporation, told Insider that Barry Weisselberg’s position at the company may have had a role in his father’s decision not to oppose Trump.