Absentee Democrats, who are now in the Capital in protest of the GOP-led elections overhaul bills, took a swipe at Texas Governor Gregg Abbott who earlier hinted at the delegation as no more than a junket.

According to state Rep. Chris Turner of Grand Prairie, funds that they used in flying to Washington DC and their hotel accommodations are mostly from the House Democratic Caucus, the Mexican-American Legislative Caucus and other campaign funds from two House Democrats.

Speaking as chair of the Texas House Democratic Caucus, Turner admitted that they’re outnumbered in Texas. But even as such, he underscored the need for them to take upon themselves to stand by what they believe is right, adding that doing nothing is not an option.

“What’s happening in Texas, what happened in Georgia and is happening in other places across the country is corrosive to our democracy,” Turner said.

For state Rep. Senfronia Thompson of Houston, she finds it proper to take note of what she aptly referred to as misinformation being spread by claiming that they’re using taxpayers money in getting to and staying in Washington DC.

Thompson, considered as the longest-serving woman in the legislature, categorically denied Abbott’s statement which hinted at “costs quickly mounting.” 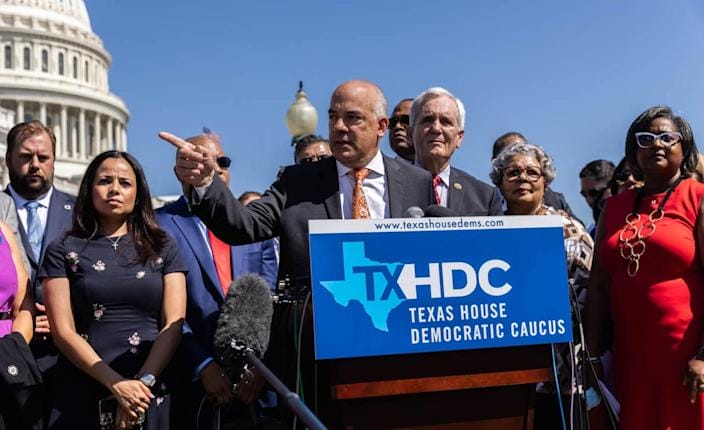 “I think the endgame is to let them know what the urgency is for them to act. You’re trying to be able to be a participant in democracy,” Thompson said of their struggle at Washington DC, where at least five of their delegates have reportedly tested positive for the coronavirus disease.

Thompson went further by saying that what they’re into is worth every inch of their journey — “I think it’s worth trying.”

With more than 50 Democrats still in Washington, the House of Representatives back in Texas has not been able to legislate or pass any legislative bill because there aren’t enough legislators required for a quorum.

Previously, journalist Patrick Svitek of the Texas Tribune, said that most of the money spent in the protest — from flying to Washington, to their hotel accommodations at the Capital — have been covered by funds from the House Democratic Caucus, the Mexican-American Legislative Caucus and other campaign funds from two House Democrats.

“So far, it seems like those big-ticket costs have been covered by campaign funds, not by taxpayer funds,” Svitek was quoted as saying in an interview with another news organization.