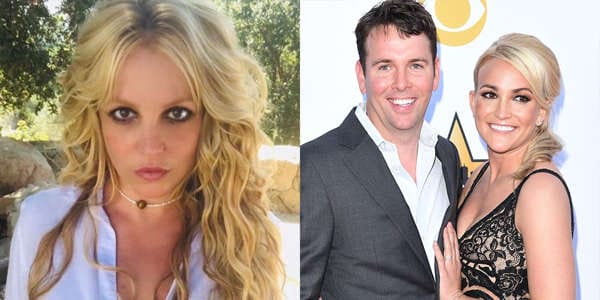 Britney Spears’ sister, Jamie Lynn Spears, in a recent Instagram post, uploaded several photos showing her and her family vacationing at the Ritz Carlton, but that was not what the fans talked about. Many were quick to notice that  Jamie Lynn’s husband, Jamie Watson, was gawking at one of the pop star’s recent Instagram posts.

In one of the photos, Watson was sitting in front of the mirror while Jamie Lynn took a mirror selfie. Watson’s mobile phone screen showed that he was looking at a post where it looked somewhat similar to the photo of a quote from a book posted by Britney Spears. The quote in question reads, “KINDNESS – Do you know what really turns me on? What I find incredibly sexy? Kindness.”

The photo showing Watson on his phone didn’t clearly show that he was looking at Britney’s Instagram page, but the singer’s fans said that it looks a lot like the post. One fan commented, “Jamie Lynn and her husband are obsessed with Britney.”

Another said, “Not Jamie Lynn’s husband checking out the book post in between Britney’s t**ties, how embarrassing.” The couple did not comment on this matter.

There is an ongoing feud between Britney and her sister alongside the singer’s fight to be free from her father’s conservatorship. Also, Jamie Lynn was recently slammed by critics for calling her sister’s Florida condo “ours.”

In a recent post by Britney Spears, she stated: “I don’t like that my sister showed up at an awards show and performed MY SONGS to remixes !!!!! My so-called support system hurt me deeply !!!! This conservatorship killed my dreams … so all I have is hope and hope is the only thing in this world that is very hard to kill … yet people still try !!!” 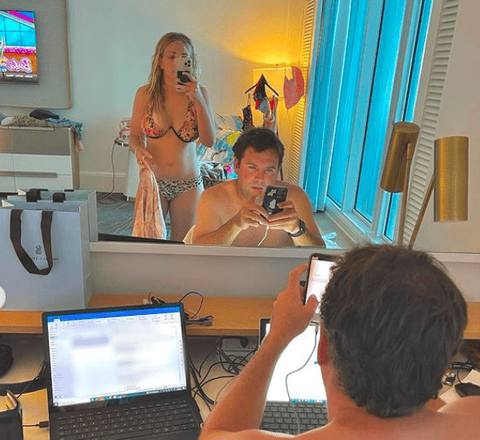 Britney also called out some of the people commenting on her dance videos on Instagram. She said that she would instead perform in her living room than at huge venues where what she says, does, or wears will be controlled by her father. She asked those who do not like her content to unfollow her.