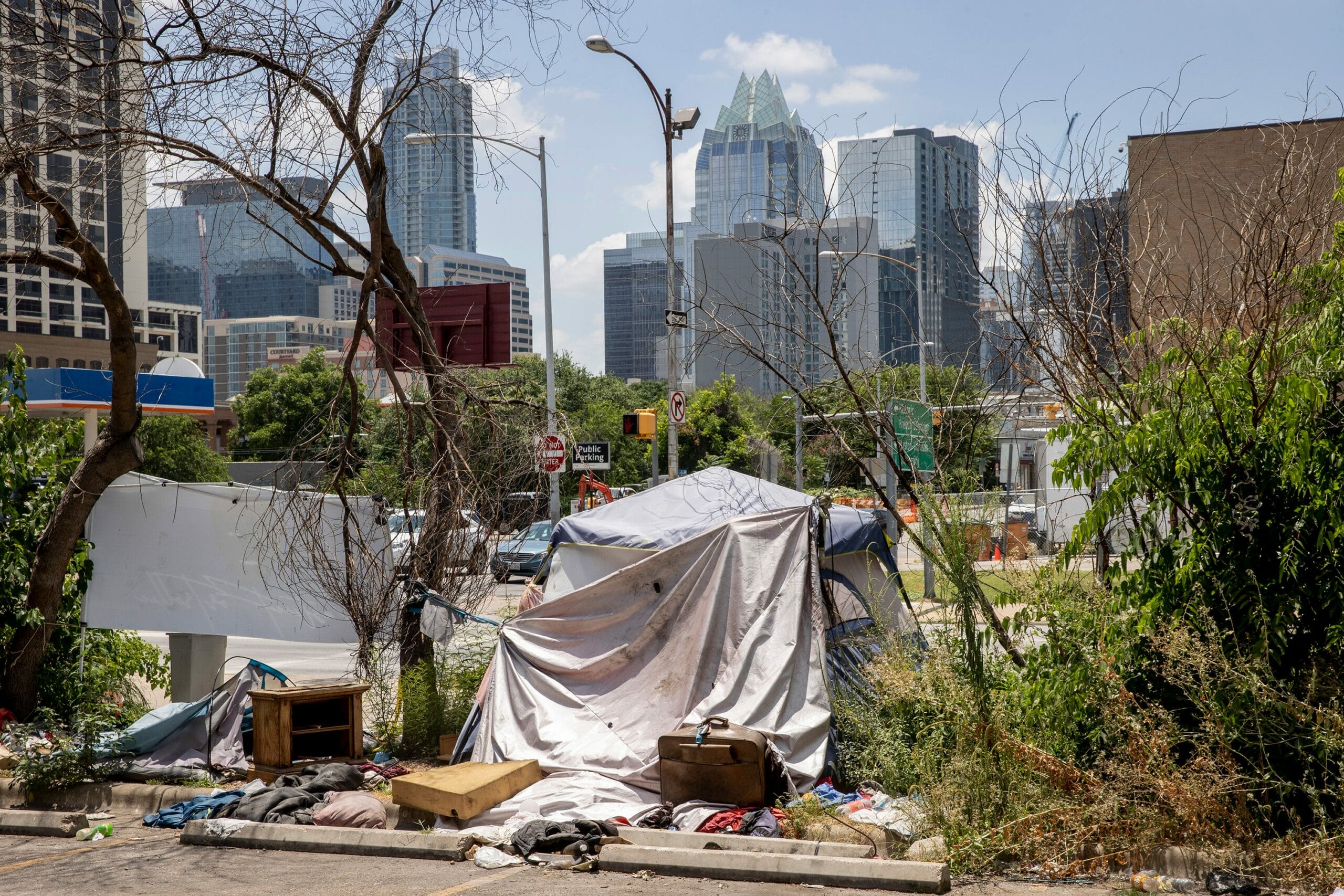 Austin authorities say only two of the 78 potential locations for city-sanctioned homeless encampments are still in the running, and they aren’t ready to tell the public where those sites might be.

City employees attempting to identify locations for homeless people to remain said in a Thursday memo to Austin City Council members that they will provide further data on the two potential sites after determining whether zoning modifications are required for the properties.

The 78 locations on the list were chosen based on considerations such as public transportation accessibility, wildfire and flooding danger, and closeness to schools. Residents and several city council members were outraged when a list of 45 locations was released in May, because 18 of them were parks and staff had done a scant study before going public with them.

When a list of 45 locations was posted in May, residents and several city council members were furious since 18 of them were parks, and staff had done little research before going public with them. The two properties would cost the city around $3 million per year in total, not counting utility costs.

The document didn’t mention capacity, but the site costs — $1.3 million for the first and $1.6 million for the second — are roughly identical to those estimated in an earlier memo for 50- and 100-person shelters. The plan for a homeless shelter in Austin is moving forward.

Another shelter idea is moving even faster as the city goes through with this process, which will entail community input and finding operators for the site.

The city’s second hotel, which served as a protective lodge during the COVID-19 pandemic, will be converted into a bridge shelter for individuals who are homeless, according to a document released Thursday. The city intends to free up more space at current shelters, which had limited capacity during the pandemic but are again approaching full capacity.

A total of 300 beds could be available soon if the two hotel shelters are combined. The city also declared that one of the hotels previously used as a Pro Lodge for COVID-19 isolation will be converted into a bridge shelter for homeless persons.

The hotel, which will be located at 3105 N. Interstate 35, will open in August and will have 55 rooms for unsheltered people. That facility will be the city’s second bridge shelter to open, and it will be part of a larger push to create 300 more beds for homeless individuals by the middle of August.