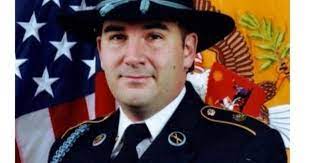 The former Fort Hood soldier turned himself into the Travis County Jail and was shortly released after around 2.30 p.m. Thursday on a combined $300,000 bond, Kristen Dark, a spokesperson for the Travis County Sheriff’s Office, said.

On July 25, 2020, while walking down the street near the state Capitol, Perry stopped his automobile and honked at demonstrators protesting police violence. He slammed his automobile into the crowd seconds later. Perry was detained and released after posting a bond of $300,000. He and his defendant counsel, Clint Broad filed a motion in which they partially opposed two of the state’s five bond conditions for Perry.

The defendant believes that two of the bond terms would put a stop to Perry’s military career, according to court filings. According to his counsel, Perry is an active duty member of the United States Army stationed at Fort Wainwright in Alaska. Perry flew down to Travis County to surrender, according to the attorney.

They request that the state amend Perry’s bail conditions so that he is prohibited from possessing or purchasing firearms outside of the Army base, allowing him to continue serving as a soldier on the base if approved.

Foster was a 28-year-old white man and Air Force veteran.

According to investigators, Foster may have lifted the rifle to the driver first, but Perry, who was also legally armed, shot and killed the demonstrator seconds later and fled the scene. Perry, also a white man, alleged that he shot in self-defense after Foster pointed his pistol at him.

The case, as well as Foster’s death, prompted controversy and arguments about protester safety, open carry of firearms, and the state’s “stand your ground” statute, which permits anyone to use deadly force against others if they believe they are in danger. Two witnesses to the incident told the Texas Tribune last year that Perry’s actions were menacing and deliberate.

“He slammed his car into a mob of protesters. That could not possibly have been a traffic issue. You don’t drive into 100 people in front of you,” James, one of the demonstrators, said, adding that Perry “purposefully and forcefully accelerated towards a crowd.”