This week, a group of Democratic Texas state legislators is in Washington, D.C., are meeting with congressional Democrats and Vice President Kamala Harris as part of a larger push to urge members of their party to approve far-reaching voting rights and election reform legislation.

The Texas lawmakers met with the staff of Sen. Joe Manchin, D-W.Va., a key opponent of the bill known as the For the People Act, on Tuesday. Manchin himself did not show up. 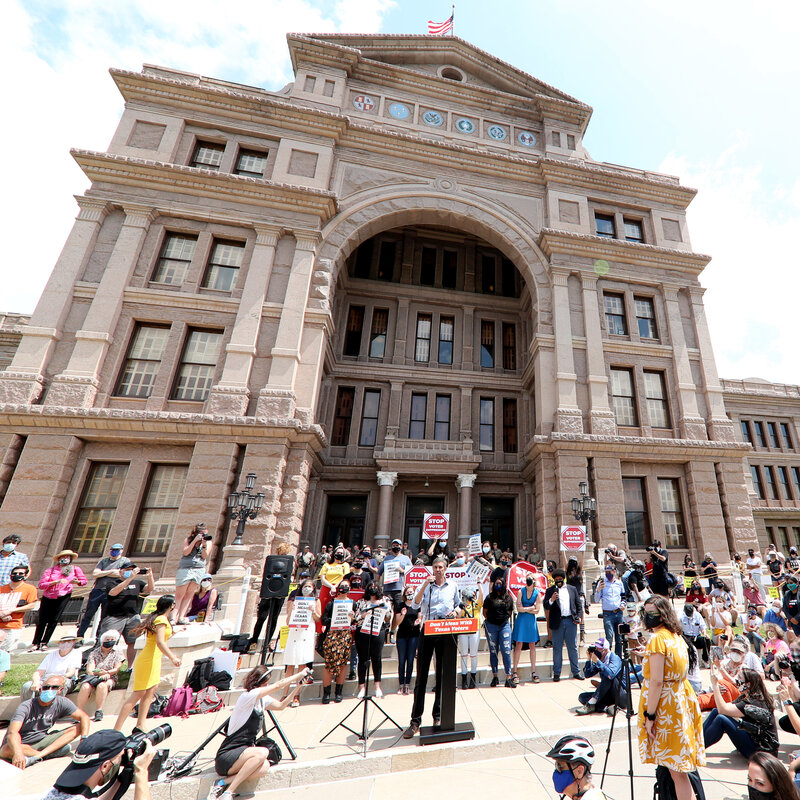 Texas legislators also had a private meeting with Senate Democrats

“They must have had five or six standing ovations,” Senate Majority Leader Chuck Schumer, D-N.Y, said, adding: “We were very moved by their courage, bravery, and, most significantly, mission.”

Democrats in the Texas statehouse stormed out of the legislative session in May, depriving Republicans of a quorum required to clear a restrictive voting bill. Democrats and voting rights activists across the country lauded the move at the time.

According to Republicans, the bill is vital to protect election integrity despite the fact that there is no proof of serious fraud in the state’s election outcomes.

GOP Gov. Greg Abbott has the power to recall the legislature for a special session to pass the bill, and has hinted he plans to do so.

He told a local NBC affiliate that the law would apply similar standards across the state and would not allow counties to enact new voting regulations on their own, as Harris County did.

“Sadly, the clock is ticking on our democracy in terms of the sanctity of the vote, unless we move to resist the efforts done by Republicans around the country to suppress the vote,” House Speaker Nancy Pelosi, D-Calif., said in a letter House Democrats this week.

“This assault on the right to vote will undermine not just our freedom, but also America’s example of freedom around the world,” she added.

On Wednesday, Texas lawmakers will also meet with Harris at the White House. President Joe Biden appointed Harris to lead his administration’s efforts to safeguard and extend voting rights.