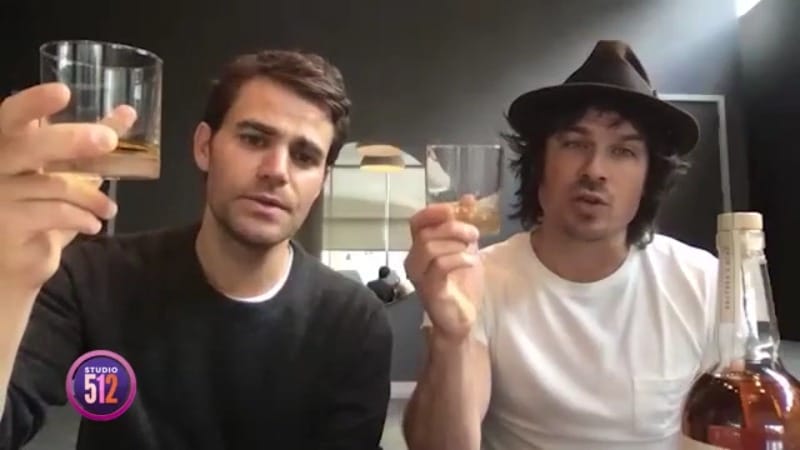 People who have watched the popular “The Vampire Diaries” are aware of the fact that the leading actors of the show — Paul Wesley and Ian Somerhalder — enjoyed a lot of the bourbon brand whiskey onscreen. Now, it seems that they have consumed pretty much off-screen too.

Apparently, the two liked bourbon so much that they decided to come up with their very own bourbon. They started their planning and operations while the shooting for the show was going on and they focused on their brand even more after the TV series wrapped in 2017.

“Brothers Bond” is now available nationwide. Also, as the brand is based in Dallas, the superstars have been touring the state to offer their “juice” to bars, managers, liquor retail outlets, friends, followers, and the general population.

Wesley recently stated that they want to go to every location where Brothers Bond is sold. So, they started from Texas as it is a “power state,” according to them.

Somerhalder called Texas “a big whiskey state” and a quite “tough one.”

The four-grain bourbon whiskey is made by blending three unique mash bills. The corn brings sweetness and fruity flavors, the rye adds spiciness and floral notes, the wheat gives the texture a bready softness, and the barley offers nutty and caramel tones to round out flavors.

Somerhalder said that when someone smells it for the first time, it will feel as if they have smelled baked banana bread.

Starting from the bottle and label design to the whiskey itself, the two actors were involved in each and every step of the process. Somerhalder said that there have been dozens and dozens of trials until they finalized the composition, working with professional distillers and blenders who he and Wesley equated to “musicians” in terms of accuracy, dedication, and creativity throughout the final product’s manufacturing.

Since the two actors wanted their company to give back, a percentage of all sales can go towards supporting sustainable agricultural practices.

Somerhalder is well-known for his charitable efforts, particularly with his Ian Somerhalder Foundation, which contributes to environmental issues. So including this element to their organization seemed like a natural fit.

According to Somerhalder, they would be capable of measuring how much carbon dioxide each bottle of “Brothers Bond” sequesters within the next two years. Meanwhile, the “brothers” are relishing the sight of their whiskey in stores and in glasses.