Only One State Does Not Observe Juneteenth: Read More
Advertisement 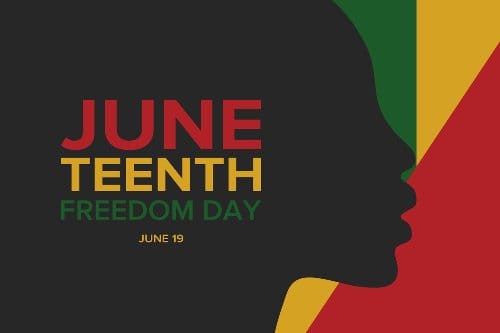 President Joe Biden signed legislation last Thursday establishing Juneteenth a national holiday, 40 years after the first state acknowledged the formal end of slavery in the United States as an occasion for an official celebration.

There is only one state — South Dakota — that does not recognize Juneteenth as either a state holiday or day of observance. But now, legislators there are working to add the holiday to the state’s list of formally recognized celebrations.

The transition from unofficial holiday to the official day off for most federal employees began in Texas more than a century ago, two years after Union Gen. Gordon Granger issued an order liberating the remaining 250,000 or so Black people in the state after the Emancipation Proclamation.

Texas did not officially acknowledge the holiday until 1979

Texas did not publicly recognize the holiday until 1979 when legislators adopted a bill proposed by state Rep. Al Edwards (D), a veteran civil rights leader who marched alongside Martin Luther King Jr. The measure was introduced by Edwards during his first of thirteen terms in office.

In a 2007 interview, Edwards, the son of a clergyman, compared the Juneteenth celebration to Jews commemorating their liberation from slavery in Egypt.

“This is akin to what God directed Joshua to do as he led the Israelites into the Promised Land,” Edwards explained to Yahoo. “A nationwide Juneteenth commemoration, state by state, serves a comparable role for us. Every year, we must remember future generations that this event initiated a chain of events that define the difficulties and responsibilities of future generations one by one. That is why we require this vacation.”

Since former President Bill Clinton’s administration, every president has used the opportunity to issue comments or remarks commemorating the event. For the past twelve years, Rep. Sheila Jackson Lee (D-Texas), who represents the same Houston area as Edwards in the Texas legislature, has proposed legislation in Congress to designate the day the nation’s 11th official holiday.

Other states gradually followed Texas’ lead, with Florida declaring a Juneteenth holiday in 1991, Oklahoma in 1994, and Minnesota in 1996. Between 2000 and 2009, 31 states observed the holiday, and another 13 did so in the decade that followed.

Legislators in Hawaii and North Dakota have already passed bills commemorating the festival this year. So far, only six states — Texas, Virginia, Washington, Massachusetts, New York, and Oregon — have made Juneteenth an official state holiday.