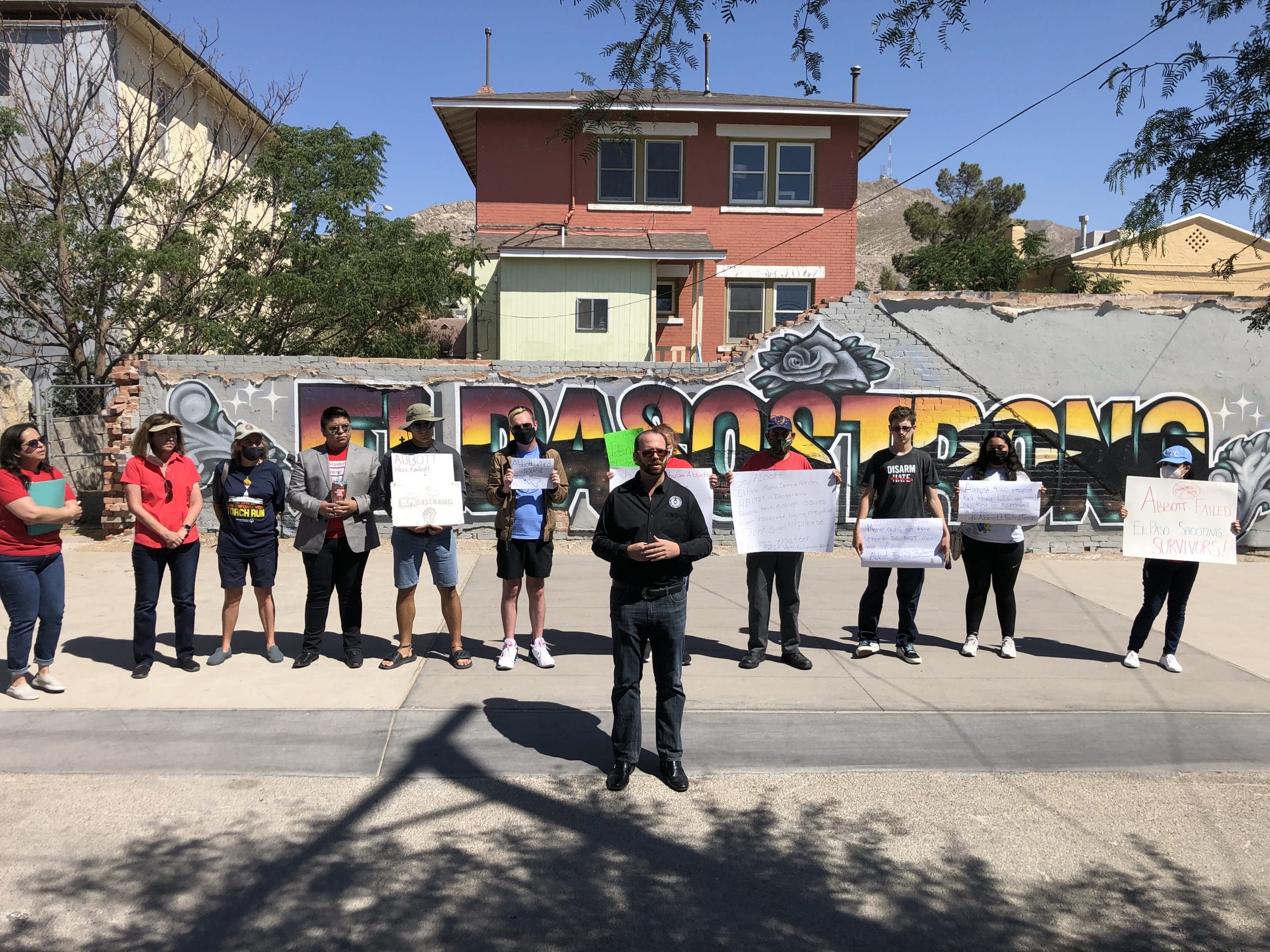 ‘Abbott failed Texas,’ read one of the posters at a protest in downtown El Paso on Thursday. This comes after Texas Gov. Greg Abbott signed a permitless gun bill into law.

The new rule specifies that anybody over the age of 21 can carry loaded handguns in public without a permit. When the new law comes into force in September, people would not need to go through any background check, which some individuals have objected to.

“I really oppose this bill,” said protester Stella Ortega. “As a former law enforcement official, I frequently go into situations not knowing who has guns, and this will definitely throw everything into turmoil for any law enforcement officer because you have to presume with this bill that everyone and everyone can be carrying a gun,” she added.

Ortega told ABC-7 that she has nothing against someone who legally registers for and receives a gun, but she is concerned that nearly anyone can now buy a gun and carry it without a permit, with no training, and conceal it.

After all of the shootings across the country, Ortega went on to term the new law “ludicrous.”

Anyone can carry a pistol now in Texas

When the law goes into force later this year, there will still be certain limits. Under the new law, anyone can carry a pistol in two ways: Totally concealed or openly in a holster.

Even if you are allowed to carry a hidden weapon, that does not mean you can carry a gun wherever. Schools, voting centers for elections, courts, professional sporting events, and protected portions of airports, among many other places, are still forbidden gun carry zones.