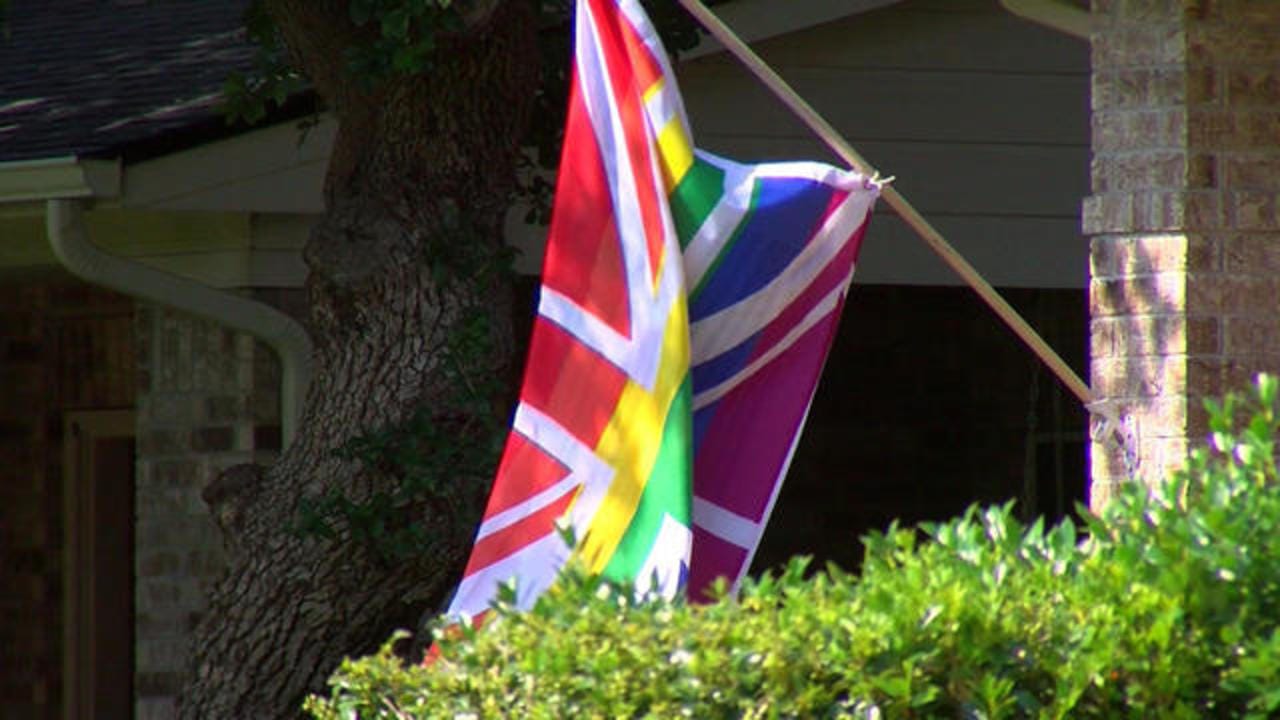 Newly-wed couple David Colligan and Alonzo Rivas, who reside in the Town Court Condominium in south Austin, were beaming with pride when they hung up their colorful flag, celebrating pride month.

But that excitement quickly turned into shock and disappointment after the couple received a notice from property management to take the flag down. According to management, those are the rules of the neighborhood’s Home Owner’s Association, which it maintains.

The couple’s HOA only authorizes American, armed services, and state of Texas flags to be placed, according to the notification from property management, which they provided with KXAN.

The couple shared the notice from property management with KXAN. The note states that their HOA only allows American, armed forces, and State of Texas flags to be hung.

Colligan said that being told that this flag doesn’t reflect integrity is “ridiculous,” and it’s something that diminishes the value of the community.

The note the couple received stated that while property management does not criticize the flag’s or statement’s validity, it politely requests that it be removed.

Nonetheless, the couple called the notice’s phrasing “disrespectful.” The two also believe that the HOA, in particular, is unaware of the significance of the flag.

The men told KXAN that they’ve been renting their property for over five years and began teaching their kids about Pride this year. As a household, they raised the flag.

The couple now wants to encourage their neighbors to sign petitions in the hopes of changing the system to make them more encouraging and welcoming. They’ve also requested that the regulations be formally reviewed.

Colligan and Rivas have until June 25 to remove the flag or face fines, according to the property maintenance letter.

Regardless of the impact, they informed KXAN that they intend to keep their flag flying high. It is 2021 and they are just trying to move in the correct path.