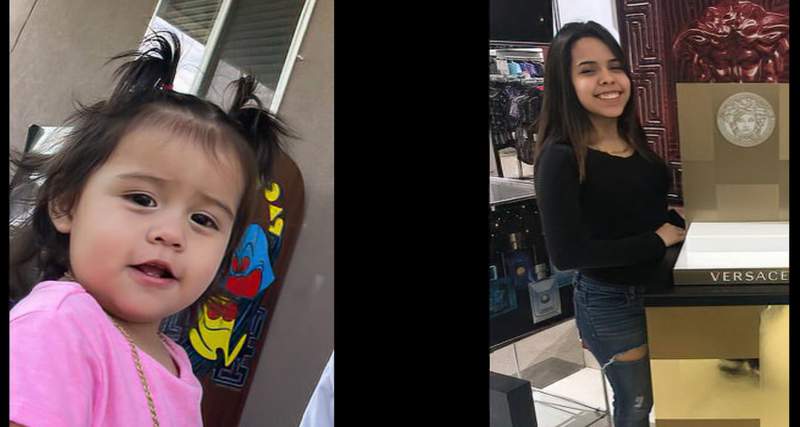 Around 3:17 p.m., officers from the Corpus Christi Police Department responded to allegations of a kidnapping in the 6800 blocks of Windy Creek Drive.

A Clear Alert Has Also Been Issued For The 1-Year-Mother, Old’s According To Police

Officers said Kristian Garcia, 24, broke into the home of his 18-year-old girlfriend, Jezabel Zamora, and forced her and her 1-year-old daughter Zaylee Zamora to leave with him without their will.

According to authorities, Jezabel and Zaylee were last seen leaving in a white 2007 Cadillac Escalade with Texas plates – 4SJKC.

The suspect in the kidnapping of the mother and daughter is described as 5′7′′ tall, 160 pounds, with black hair and brown eyes. According to authorities, Garcia also has a scar on his cheek and visible tattoos on both forearms. He was last spotted wearing a white hooded sweatshirt.

Jezabel is described as 4′11′′ tall, 97 pounds, with black hair and brown eyes. Her last known outfit consisted of a camo tank top and blue pants. Jezebel’s tattoos include a Medusa on her left leg, a rose on her forearm, and the name Zaylee on her shoulder.

Zaylee is a Hispanic female that is 2′2′′ tall, weighs 25 pounds, and has black hair and brown eyes.

Garcia is presently wanted for murder and aggravated robbery.

Anyone with information concerning Jezabel and Zaylee’s whereabouts is requested to call Crime Stoppers.

Many assumptions are being made about police officers who are working hard to find her. I hope she is still alive and well. So yet, no new leads have been discovered by the authorities.