An Expert Says The Fourth Wave Is Inevitable
Advertisement 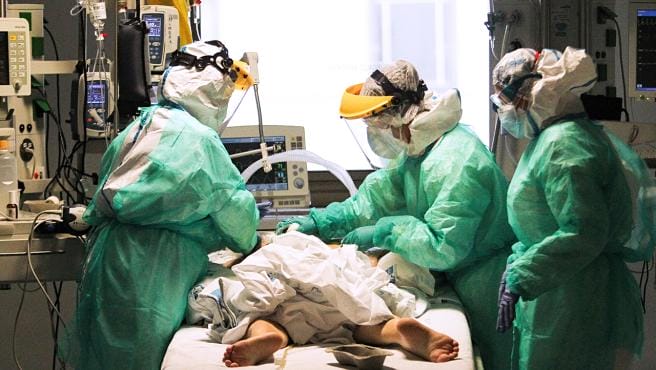 One of the researchers from the ISGlobal in Barcelona, ​​Dr. Quique Bassat, pointed out this Tuesday morning that the “fourth wave is inevitable” and that “we will no longer be able to stop it . ” In addition, he has evaluated the situation of vaccines and the possible entry into Europe of ‘Sputnik V’.

A man undergoes a PCR test at the Garbí-Vall de Hebrón building in Barcelona.
This has been stated in Las Mañanas de RNE , where he has continued to explain that right now “the question is, how big do we want this fourth wave to be? There are still many people who can be infected and die from this disease.”

The doctor is in favor of taking action now and not waiting any longer. He proposes “tightening the restrictions for the entry of people who come from areas with worse epidemiological data, such as requesting a PCR also by land routes and not only for those who come by plane” , because he explains that “we cannot close our eyes now and wait for Easter to pass to act. ”

Regarding the decision by the Ministry of Health to allow vaccination with AstraZeneca to all people under 65 years of age, after initially being reduced to 55, Dr. Bassar is clear: 65 years, but there is no reason to justify not using it in people older than that age. ”

In addition, he believes that there have been “a series of communication failures that have caused the population to lose a bit of faith in the AstraZeneca vaccine. It is a good vaccine, it works and is cheaper than others , but they have not been able to transmit this information. with the necessary clarity from the pharmaceutical companies or from the health authorities. ”

On the other hand, after being asked about the Russian vaccine ‘Sputnik V’, which seems to be reaching European countries soon, Dr. Bassat pointed out that “the determining factor is that it is approved by a strict regulatory entity, such as the Agency European Medicines , but at the moment it does not have this approval. If it gets it, it will be one more valid vaccine and good news “.

Finally, he has also made statements in relation to the forecasts of the Government and the European Union, which affirm that 70% of the population will be vaccinated by the summer. Bassat explained that “although we have improved, we continue at a very slow pace and very far from the objectives set . We have many duties to do.” In spite of everything, he hopes that “the month of April will be the key” and the number of injected doses will be considerably increased.