How Vaccination Against Covid-19 Advances In Mexico
Advertisement 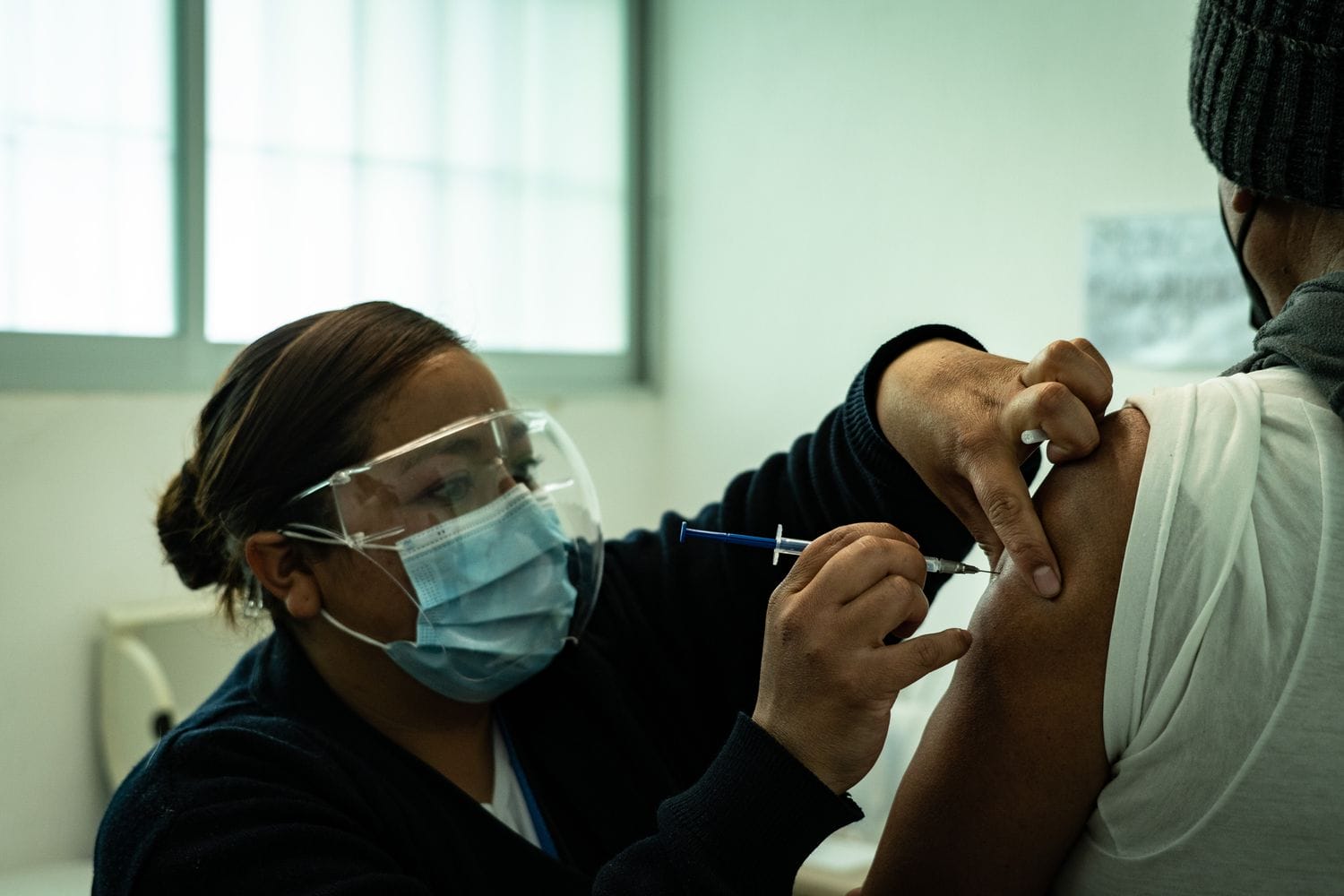 Mexico seeks a way out of the economic and health crisis caused by the pandemic one year after its official arrival. The vaccine draws attention. The Government has agreed to purchase more than 234 million doses of five different prototypes: AstraZeneca, Pfizer, Sputnik V, Sinovac and CanSino.

Authorities have contacted at least a dozen other labs to diversify their options. Shortages and supply problems at the beginning of the year have diluted optimism, but the start of mass vaccination of older adultsIt has given it a new impetus.

On the verge of the most ambitious immunization campaign in its history, the country is moving slowly and lagging behind, facing the challenge of vaccinating 117 million people for free. Here’s what you know with the most up-to-date information so far.

Mexico has administered 1.6 million vaccines to more than one million inhabitants. Just over 650,800 healthcare workers have received the first vial from Pfizer, and some 453,000 of them have already received the second dose. 17,463 members of the education sector and more than 567,800 older adults have also been immunized.

The government hopes to vaccinate almost 15 million people over 60 years of age and all health personnel before the end of March. Mexico was one of the first countries in the world to access a coronavirus vaccine, but it fell behind after spending a month without receiving any doses, between January and February of this year.

The United States leads the continental ranking, reserving all its production for the domestic market. Chile, with a population of almost 19 million inhabitants and agreements for 35 million doses, is the Latin American leader in vaccination and exceeded one million immunized people in February. Canada, Brazil and Argentina have vaccinated more people for every 100,000 inhabitants.

Colombia has taken longer than its neighbors to get the vials and on Wednesday began to immunize its population. Peru, which is currently experiencing a scandal over the secret vaccination of hundreds of influential figures, received its first shipment on February 7 and has been slowing down since then.

Bolivia has only started giving health workers the 20,000 doses of Sputnik V that landed in the country on January 28. Only ten Latin American countries have had access to vaccines.

The purchase agreements have been closed, but the doses will arrive in an irregular way, following the same uncertain route as in almost every country in the world.

The Pfizer / BioNTech vaccine arrived on December 23 and was the first to be administered against covid-19 in Mexico. There is an agreement for 34.4 million doses, but only just over 1.2 million have been received. The drug developed by the University of Oxford and AstraZeneca was the second to be applied, with a first delivery of 870,000 doses that landed on February 14.

They are vials that came from India, as part of a contract for just over two million doses with the Serum Institute. In August another pact was signed with Argentina and the Carlos Slim Foundation to distribute between 150 and 250 million doses for Latin America, 77.4 million for Mexico alone.

The next vaccines in the sights are Sputnik V, with an agreement for 24 million doses, and CanSino, with whom there is a contract for 35 million. The arrival of the drug developed by the Gamaleya Institute has been delayed by negotiations with Russia. CanSino is expected to package two million doses that arrived in bulk for distribution in February. It is also estimated that the first 200,000 doses of Sinovac, with whom there is an agreement for 10 million, will arrive at the end of the month.

All of them have proven their efficacy not only in reducing the probability of developing significant symptoms, but also, and perhaps above all, in minimizing the risk of death to almost zero. In this dimension the effect of the different vials is notably more even than in the measurement on any type of symptoms.

Mexico expects millions of doses from an unprecedented scientific effort, but meanwhile the mutations of the virus that improve its contagion power have already begun to circulate, drawing on the horizon of the country, the continent and the whole world a race against time to build the first effective wall against the virus.

Methodology and sources . The vaccination data for Mexico come from the daily updates offered by the Ministry of Health. For the rest of the countries, the data used is collected day by day by Our World in Data, the platform of the University of Oxford.

They are kept up to date to the extent that official sources provide it. Not all countries update every day, so it is normal to see sudden increases that reflect the cumulative improvement of 24, 48 or 72 hours. This is the compilation source to download the data .

The vaccine effectiveness data comes from academic articles published in peer-reviewed journals by each of the laboratories; and the information on purchases and arrivals is also provided by the Government of Mexico. The prices of each dose are estimated from the information given by the different pharmaceutical companies.